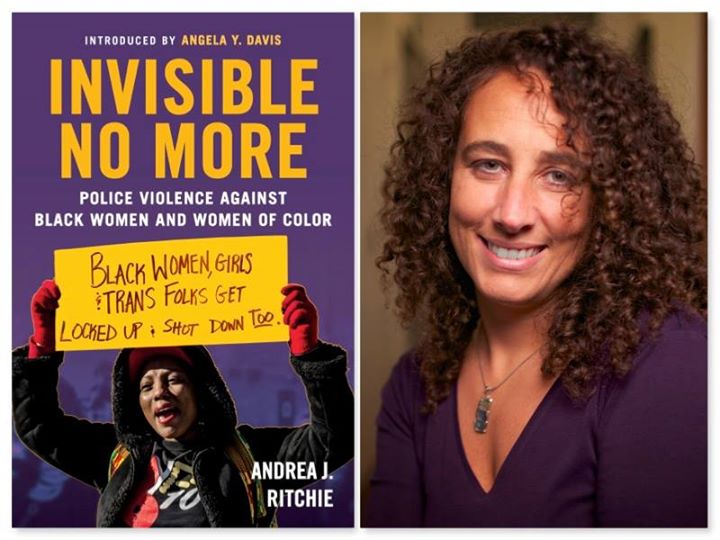 Within the discourse and research surrounding the War on Drugs, the experiences of women and gender non-conforming individuals have tended to be left out.  This omission creates space for a tacit assumption that these individuals do not suffer from discriminatory policing. In her new book Invisible No More: Police Violence Against Black Women and Women of Color, Andrea Ritchie dispels this assumption.  She shows that the War on Drugs actually increased rates of arrest among women of color more than it did among men. She offers the following statistics: “Between 1986 and 1991, the number of Black women in state prison for drug offenses nationwide increased by more than 800 percent. This was nearly double the increase for Black men and more than triple that of white women, making Black women the fastest-growing population of prisoners during this period.”[1] “From 2010 to 2014, women’s drug arrests increased by 9 percent, while men’s decreased by 7.5 percent. These disparities were even starker at the height of the drug war.  Between 1986 and 1995, arrests of adult women for drug abuse violations increased by 91.1 percent compared to 53.8 percent for men.”[2] Not only has the War on Drugs disproportionately increased the arrest rates for women of color, but it has also tapped into broader, destructive cultural narratives that shape the manner in which police engage these women Fantastical Imaginings The Rev. Dr. Emilie Townes, a womanist thinker and one of the greatest ethicists of our times, coined the term “fantastic hegemonic imagination” to describe ideas fashioned by dominant groups that reshape the world according to their own understanding in a way that both mangles and subordinates the identities and experiences of non-dominant groups.   According to Townes, “ the fantastic hegemonic imagination traffics in peoples’ lives that are caricatured and pillaged so that the imagination that creates the fantastic can control the world in its own image.”[3] This hegemonic imagination gives rise to evil and maintains it in the structures of everyday living. While the images are fantastical, their malicious effects upon those whose lives are “caricatured and pillaged” are real and concrete. Townes offers multiple examples of caricatures of African American women dreamed up by the hegemonic imagination: the Sapphire, the bossy Black woman who usurps a dominant, male role; the Mammy, the desexualized maternal figure perfectly content to raise the children of her enslaver; and the lascivious Jezebel, the Mammy’s “evil twin,”[4] who seeks always to seduce in predatory fashion. These stereotypes, have justified evils visited upon African American women during the era of slavery and in the decades that followed. The Mammy stereotype occluded the trauma of slavery with the illusion of women content with their enslavement, while the Jezebel stereotype justified the widespread rape of enslaved women. The Sapphire, who threatened the white patriarchal hierarchy and could not be subdued, justified the use of severe abuse to subordinate Black women. Policing Realities Through meticulous research, statistics, and case examples, Andrea Ritchie demonstrates the evil that these stereotypes- what she refers to as “controlling narratives”[5]– continue to perpetuate through their insidious influence upon the policing and incarceration of women and gender nonconforming people.  She writes that Under both Jezebel and Sapphire stereotypes, Black women are perceived as subhuman, animalistic to be violated, feared, and punished.  Any departure from the mammy role in a police interaction, therefore, becomes dangerous for a Black woman, her stance presumed to be unacceptably aggressive…her sexuality automatically deviant…her personhood undeserving of protection.[6] Ritchie argues that these stereotypes legitimize aggression- including sexual violence- against women of color in encounters with police.  She documents patterns of sexual abuse within police departments, in which officers would coerce women into sexual acts by threatening them with arrest.  In the case of a police officer in Eugene, Oregon, who was convicted of serially sexually assaulting women, she reports that his supervisors had dismissed complaints because they came from ‘junkies and prostitutes.’”[7] Within the War on Drugs, cavity searches also constitute a form of state-sponsored sexual assault.  Ritchie shares multiple stories of women subjected to invasive searches of their vaginas.  In one instance, police conducted such a search “under threat of having her teeth removed with needle-nose pliers.”[8] In others, individuals were subjected to cavity searches alongside the road, in full public view.”[9] These stories of threat, assault, and humiliation are the everyday realities of what Townes calls the “cultural production of evil.” Ritchie shares many stories of the abuse, trauma, and even death of women of color and non-gender-conforming people at the hands of law enforcement.  Yet, as she notes, these stories have rarely garnered popular attention.  They are eclipsed not only by dominating stereotypes that suggest the treatment was deserved, but also by a movement against mass incarceration and the War on Drugs that has largely focused on the experiences of men. Opposing Evil, Telling a New Story To oppose the fantastic hegemonic imagination and the realities of oppression it creates, Townes offers the response of countermemory.  We must remember that the stories can always be told a different way, and look for those stories hidden underneath the dominant narratives. This is precisely what Ritchie offers in Invisible No More, as its very title suggests.  The stories that she tells of the experiences of women and gender non-conforming individuals are brutal and difficult to read.  Yet they are the testimony against the Mammy, Jezebel, and Sapphire narratives that would claim that coercing sex is not rape and that lethal force is a legitimate police response to unarmed women who do not pose a physical threat.  It is through the telling of these stories that we can begin to break up the controlling narratives that perpetuate unjust systems.