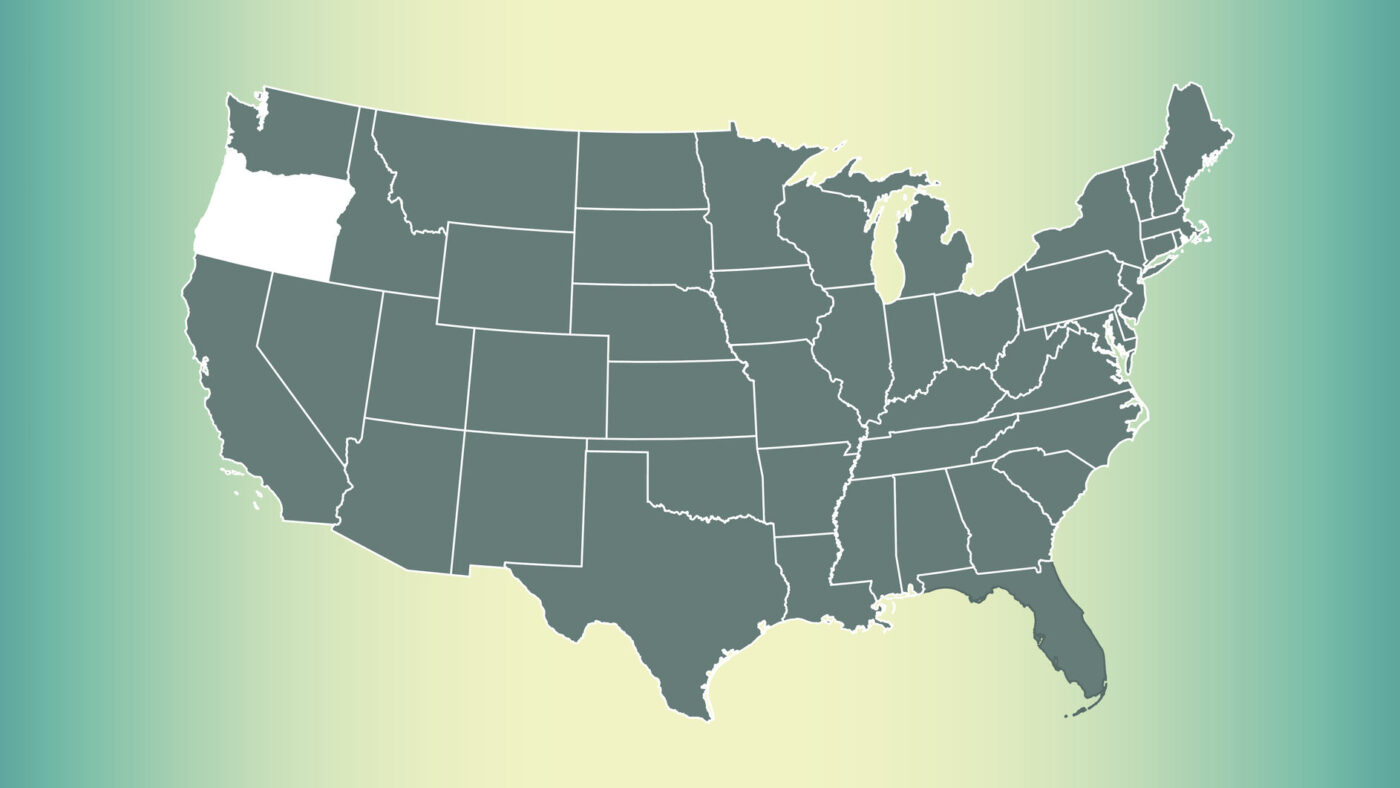 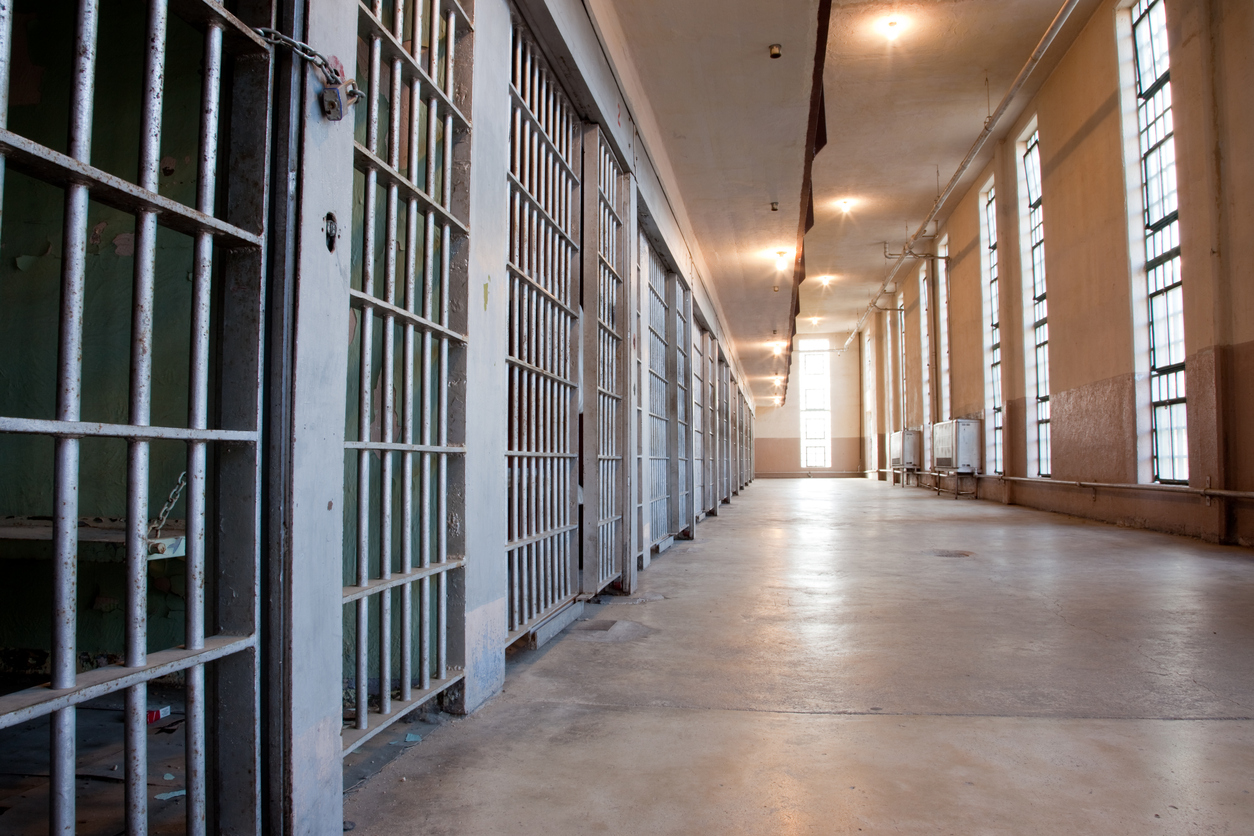 Even in the best of times, but especially now, we must take great care not to put in jail those who do not belong there.  That is why on March 26, Clergy for a New Drug Policy was pleased to sign on to an open letter drafted by The Marijuana Policy Project: “Law Enforcement Officials, Medical Professionals, Clergy, and Cannabis Advocates Call for the Cease of Cannabis Arrests and Release of Incarcerated Cannabis Offenders in Light of COVID-19.” The letter notes that “prisons and jails are breeding grounds for infections and diseases due to close quarters and lack of ability to practice social distancing…all prisoners, whether young or old, are increasingly vulnerable to being infected with the novel coronavirus.”   We believe this letter has relevance to all of you, regardless of where you live.  In my community of Chicago, Cook County Jail has been cited nationally as a “death trap.” Close to 300 inmates are now infected, and 6 have died due to the virus. In response, the mission committee of my church assisted each member of the congregation in contacting our county commissioner. We asked that he urge the county board to  “(1) release as many prisoners as possible immediately to prevent the spread of COVID-19, (2) create safer and more sanitary conditions inside the jail for the prisoners and guards who remain, and (3) provide adequate health care for those who become ill.”   We also invited the members of our congregation to sign on to a petition urging Kim Foxx, our States Attorney, as the lead law enforcement officer for Cook County, to take additional steps to dramatically lower the number of people in the jail in response to COVID-19.  Specifically we asked that she: (1) “Decline to file new charges in cases that do not involve danger to a specific person; (2) Agree to release most people seeking bond reviews from custody without payment of money; (3) Immediately dismiss all pending misdemeanors and class 4 felony cases not involving danger to a specific person, starting with cases in which people are in jail; and, (4) Cease filing violations of probation and violations of bail bonds for technical violations or reasons not involving danger to a specific person.” The MPP letter notes that “many localities – including Baltimore, Suffolk County, Massachusetts; Cuyahoga County, Ohio; New Jersey; Los Angeles; and New York City – and the Federal Bureau of Prisons have already begun to release inmates incarcerated for non-violent, drug-related offenses with the understanding that infections in prisons and jails are rampant, and releasing inmate could save the lives of not only inmates but also the custodial, medical, and safety staff that serve them.” It is my experience that individuals in churches often want to raise their voices in ways that will make a difference, but are not quite sure how.  Contacting elected officials to urge them to take steps to prevent the spread of coronavirus among people being jailed for minor offenses, and those who work among them, is one important way we can protect the most vulnerable. Your local elected officials—including states attorneys, county commissioners, and sheriffs–will pay attention to you on this issue.  Call and write to them now. 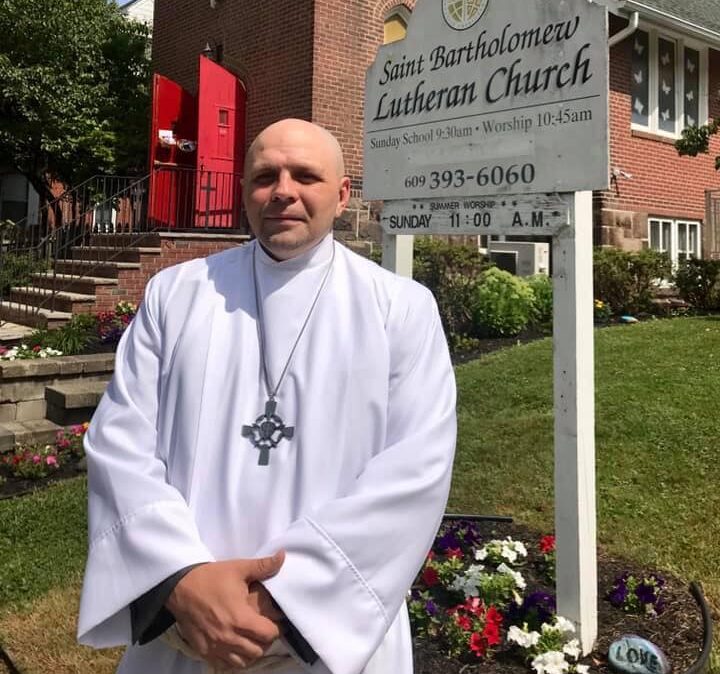 Shortly after high school, Erich Kussman, now a Lutheran pastor, was incarcerated for 10 years in the New Jersey prison system.  A chaplain spotted his talents and upon his release helped him gain admission to Princeton Theological Seminary. He now serves as rector of St. Bartholomew Lutheran Church in downtown Trenton, New Jersey. Last week we spoke to Rev.Kussman about his extraordinary life.   Tell me about your background and how you connected with Princeton Theological Seminary. Eric:  I served 10 years, six months, and 14 days. I was in a prison called Albert C. Wagner Correctional Facility.  I was working for the chaplain’s office, and the chaplain’s name is the Reverend Emmanuel Bourjolly. He took me under his wing back in 2004.  He used to call me his son. He’s like, “You’re going to go to the school I went to.” I was like, “What school was that?” And he goes, “Princeton.” I laughed in his face.  He tracked me down when I got out, and he found out I was graduating with my undergraduate degree from Pillar College in Newark, New Jersey. He showed up to the graduation and asked, “Are you ready?” People get incarcerated that grow up in poverty, made single-parent homes, and eating government cheese and powdered milk. I remember those days. It took somebody outside of my situation to show me that there was life on the other side. There’s something else. What was it like when you got to Seminary? It was a little difficult because it’s Princeton Seminary. You’ve got people from all over the globe. I’m this scrappy little kid that grew up in the inner city of Plainfield and here we go. But I was able to hang in there. Tell us about your church.    The church is St. Bartholomew’s Lutheran Church in Trenton, New Jersey. I’ve been here since July of 2019, so six months in. And what we do here is we try to provide for the needs of our neighbors in the community. We run a food bank. We do a lot of advocacy. We run a group for people returning home from prison. We do regular Sunday services and we try to be very active in our community. It’s an integrated church, a very diverse congregation. About probably 70–80% of the people that attend here are living in the poverty line. We have some homeless members. We try to find them housing and stuff like that. What do you do for returning citizens, people coming back from prison? We try to find them housing. We offer counseling sessions one night a week in a group so everybody can talk and discuss their problems. We try to find ways and avenues for job training. We are linked to a program that helps people if they have overdue fines and help them get their driver’s licenses back. How did you get involved with the cannabis legislation?  There are 32,000 people a year that get arrested for marijuana possession in New Jersey and it costs $140 million. That’s absurd and wasteful, and you’re criminalizing people. Probably 50% or 70% of the people I was incarcerated with had to deal with some kind of drugs. But they were all African American or Latino. If these individuals, these people, these human beings lived not in impoverished neighborhoods, they lived in the suburbs, they would have been going to maybe a drug treatment program or gotten a slap on the wrist. But because of the color of their skin and their nationalities, they get incarcerated and thrown in a cage.  When you have a drug conviction on your record, it’s hard to get employment. They look at that. No jobs.  They don’t want to hire you. Is that true with arrests as well as convictions? Eric:  I’ve learned that with their federal database and state databases, when they run your name it’s not just convictions that come up, but also arrests, whether you’re guilty or not. When marijuana legalization happens, what do we do next to push back the war on drugs? We’ve got to continue to advocate and help legislators see through different lenses. The “lock ’em up” mentality is draconian. It tries to separate people as good or bad without looking at the humanity within them. Criminalization persecutes those that the Gospel tells me I need to speak up for.  As Martin Luther King told us, “An unjust law is no law at all.” Are there effective drug treatment programs for those who need them?  I haven’t done a lot of research into it.  There are some good programs and a lot of bad ones.  But there is another burden—impoverished people can’t afford treatment. Their insurance doesn’t cover it. If you are assigned court-mandated treatment, what’s that next step? They’re going to incarcerate you. 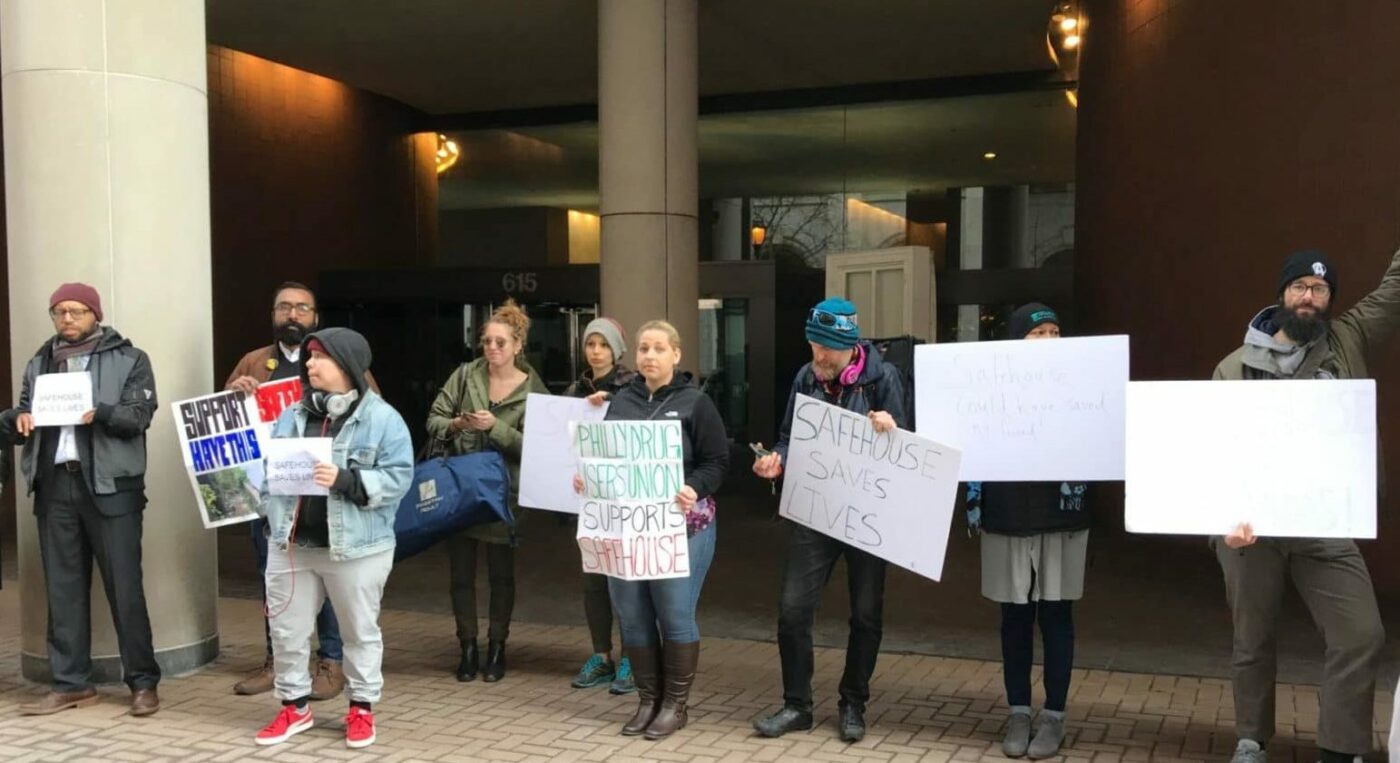 We have moved one step closer to the opening of the first supervised injection facility (SIF) in the United States. A federal judge has ruled against a suit by the U.S. Attorney in the Eastern District of Pennsylvania blocking the launch of “Safehouse,” a SIF that is ready to go in Philadelphia.   SIFs save lives by providing space for individuals to use drugs under medical supervision. Treatment is available but not required. Over 120 such facilities exist in cities around the world, including Europe, Australia, and Canada. The United States has none.   Three years ago Clergy for a New Drug Policy organized a delegation of clergy to visit Insite, at that time the only SIF in North America. Since then, 44 have been authorized in Canada. In June, we joined the Chicago Recovery Alliance in visiting five sites operating in Toronto. Advocates in Boston, New York, Philadelphia, Seattle, and San Francisco have been pressing for SIF’s.  Early this year, it appeared the breakthrough would come in Philadelphia, where political and community leaders, including the mayor, city council president, and states attorney, all support “Safehouse.”  But last February, William McSwain, U.S. Attorney for the Eastern District of Pennsylvania, sued to stop Safehouse. He argued that it would be in violation of the so-called “crackhouse” provision of the Controlled Substances Act, which was designed to curtail drug racketeering.   Clergy for a New Drug Policy joined other religious voices in an amicus brief challenging the U.S. Attorney’s action. The brief invokes the Religious Freedom Restoration Act of 1993 (RFRA).  It asserts that all humans are created in the image of God and that “all have value and significance and are worthy of others’ time, understanding, and advocacy.”   In his ruling on behalf of Safehouse, U.S. District Judge Gerald McHugh determined that the federal Controlled Substance Act did not apply: “The ultimate goal of Safehouse’s proposed operation is to reduce drug use, not facilitate it.”   It is widely anticipated that U.S. Attorney McSwain will appeal to the 3rd Circuit Court of Appeals, which covers not only a portion of Pennsylvania, but New Jersey, Delaware, and the Virgin Islands.  The appeal process could take at least a year.  Nevertheless, Safehouse attorneys were pleased. “This is a huge decision in our favor,” according to Rhonda Goldfein.  “It is the first in a federal court that says ‘This is not an illegal purpose.’’  Given its broad applicability, the case could end up in the Supreme Court.