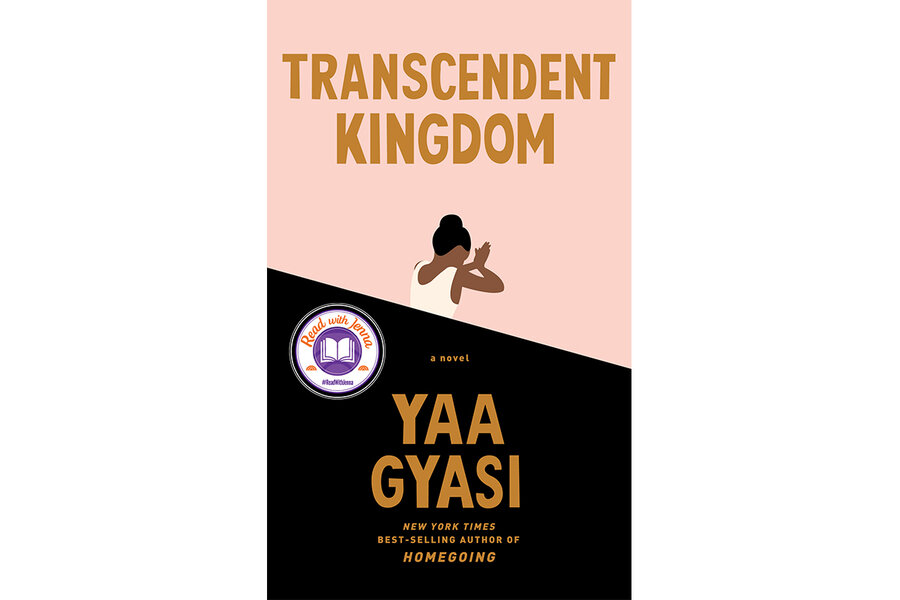 “We read the Bible how we want to read it,” explains Gifty, the protagonist and narrator of Yaa Gyasi’s Transcendent Kingdom. “It doesn’t change, but we do.” If there is one idea at the core of Gyasi’s brilliant and heartbreaking new novel, it is about how people change, whether they want to or not, and what happens when they no longer recognize who they used to be, or when the people they love don’t recognize who they’ve become.

Transcendent Kingdom is about contradictions, whether between religion and science, community and isolation, or what we choose and what is beyond our control. It is about the struggle that we all experience when faced with absolute confrontations, when there are no sides to be picked, clear right or wrong choices, or tidy resolutions. Sometimes the only answer to an impossible question is to accept that there is no answer, a conclusion that can be equally challenging to people looking to either a church or a laboratory for resolution.

Gifty has lived in both places. The daughter of Ghanaian immigrants, Gifty grew up in the deeply religious and almost entirely white town of Huntsville, Alabama. Her life is a series of tragedies outside of her control: Her father moves back to Ghana, abandoning her family; her older brother dies of a heroin overdose; her mother develops depression and attempts suicide.

Gifty feels like an outsider in Huntsville, but when she spends a summer in Ghana, she feels alienated from that culture as well. These are the contradictions that plague Gifty:  she is a foreigner wherever she goes, and the comfort she finds in religion is crushed by the losses she experiences.

She decides to put her faith in science, to pursue her PhD in Neuroscience at Stanford. Gifty studies neuroscience because she wants to understand what went wrong in the brains of her mother and brother. She grapples with her own internal contradictions, knowing she shouldn’t blame either of them for their circumstances, but still feeling anger and resentment. “This science was a way for me to challenge myself,” she says, “to do something truly hard, and in so doing to work through all of my misunderstandings about [my brother’s] addiction and all of my shame. Because I still have so much shame. I’m full to the brim with it; I’m spilling over.”

But even as she pursues knowledge through the scientific process, she cannot completely abandon her religious upbringing. “I have never, will never, tell anyone that I sometimes think this way,” she confesses, “but the more I do this work the more I believe in a kind of holiness in our connection to everything on Earth.” There are some questions, she knows, that science might never be able to answer.

Transcendent Kingdom is Yaa Gyasi’s second novel, after her acclaimed debut Homegoing. Her writing is poetic in its bluntness, moving briskly while still allowing the reader to sit with its heaviest moments, and few novels have tackled the opioid epidemic with such ferocious honesty.

Gifty’s response to her brother’s substance use disorder, and his death, reflect the pain and helplessness that so many people experience in the face of a loved one’s struggles: “In just that short amount of time, Nana’s addiction had become the sun around which all of our lives revolved. I didn’t want to stare directly at it.” But she is also willing to challenge her own assumptions and beliefs about this illness. “It’s true that for years before he died, I would look at his face and think, What a pity, what a waste. But the waste was my own. The waste was what I missed out on whenever I looked at him and saw just his addiction.”

Gifty’s narration twists and weaves through time, from childhood to college to life as a PhD student in the space of paragraphs. There is no arc to the story because there is no arc to Gifty’s life. But Transcendent Kingdom is transfixing not in its tidiness, but in its messiness. It wrestles with questions not to give us answers, but to force us to ask them of ourselves. “The hard part,” Gifty explains about scientific experimentation, “is trying to figure out what the question is.” It can be hard to find the right questions to ask, especially when we might not want to know the answer.

Everyone is full of contradictions, but Transcendent Kingdom is about loving someone, be it family, friends, ourselves, or God, in spite of those contradictions. It isn’t easy, but the struggle is intrinsic to the process. For Gifty, as for so many of us, it’s not about the answers. It’s about being willing to keep asking questions.

Tom Houseman was the Policy Director of Clergy for a New Drug Policy for two years. He is currently seeking representation for his first novel. You can find him at www.tomhousemanwrites.com.