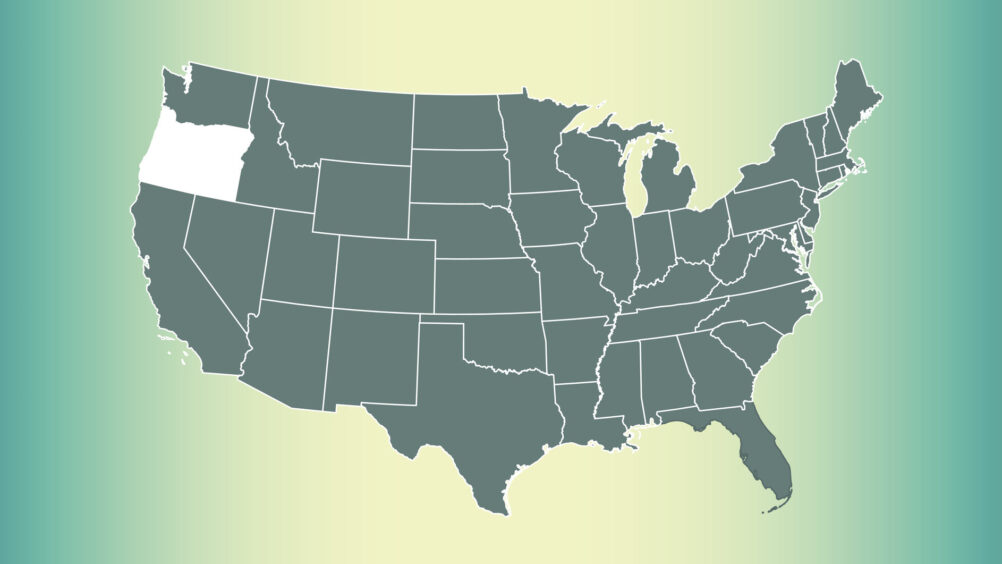 Over the summer, like all of us, I adjusted to life in a world of the coronavirus (no, my family and I have not contracted it). In that time of enforced solitude, I focused on longer-term writing projects. As I resume newsletters, I am writing to you now on a topic of seismic importance. On November 3, voters will have the opportunity to vote on a ballot initiative that would make Oregon the first state to decriminalize the possession of all drugs.

If approved, the proposed measure will strike at the heart of the War on Drugs, both at home and abroad. Many other states will have to follow suit for this to become a national movement. It may take a long time for the massive drug war bureaucracy to wither away.  But at the end of the day, why fight a War on Drugs when drug possession is not a crime?

This measure is not the same as drug legalization.  Selling drugs would continue to be a crime.  But possession of low amounts of drugs would not. Last year, about 8,900 individuals were arrested in Oregon solely for low level drug possession. They would not be subject to arrest under the proposed law.  Instead, they would be offered the opportunity for treatment.

Campaign organizers collected over 150,000 signatures, far more than the 112,000 required to get their measure on the ballot. Called “Yes on 110,” the measure is likely to pass. Opposition so far has been slight. Over 100 organizations, including mental health and treatment providers, unions, African-American and Latinx activists, and legal advocacy groups, have endorsed the initiative. It is significant that law enforcement officials in Oregon have signed on as well.

“Yes on 110” is likely to succeed precisely because the initiative is about treatment for addicts not criminalization. I cannot improve on the opening words of the initiative:

“The people of Oregon find that drug addiction and overdoses are a serious problem in Oregon and that Oregon needs to expand access to drug treatment.”

“The people of Oregon further find that a health-based approach to addiction and overdose is more effective, humane, and cost-effective than criminal punishments. Making people criminals because they suffer from addiction is expensive, ruins lives and can make access to treatment and recovery more difficult.”

“The purpose of this Drug Addiction Treatment and Recovery Act of 2020 is to make health assessment, treatment and recovery services for drug addiction available to all those who need and want access to services and adopt a health approach to drug addiction by removing criminal penalties for low-level drug possession.”

The proposed legislation would establish addiction recovery centers within each of the state’s 13 coordinated care service areas. Individuals possessing a low level of any drug (up to one gram of heroin, two grams of cocaine, less than 40 pills of oxycodone, for example) would not be subjected to criminal punishment. Instead, individuals would receive a $100 fine which could be waived upon the completion of a health assessment with an addiction treatment professional.

The centers would triage the needs of all individuals; services would be free and providers could seek insurance reimbursement. Funding for these services would come from cannabis taxes which have outpaced estimates following legalization in 2014, as well as savings from an anticipated reduction in the number of arrests under the new legislation. An Oversight and Accountability Council appointed by the Oregon Health Authority would provide grants to the treatment centers and oversee their operation.

As the Oregon initiative nears success, I am reminded of Linda Woodhouse’s tribute to Justice Ruth Bader Ginsburg, published in the Washington Post:

“We all have goals, big or small, and we all encounter obstacles to accomplishing some of them. But only a few have the turn of mind to confront head-on the structural obstacles that stand in their way. Some do it with the gift of an outsize personality that can inspire others and galvanize them to action. …That wasn’t Ruth Ginsburg.

As a lawyer appearing before the Supreme Court, she presented herself as a modest incrementalist. She had to. If she had come before the court as a social revolutionary, the justices — never having viewed the Constitution as having anything to say about women — would have recoiled.”

It is the same with the Oregon initiative.  If this measure passes, it will be due to the incremental work of so many in states across the nation. It has taken a broad coalition, led especially by the Drug Policy Alliance and the Marijuana Policy Project, more than 25 years to get to this point. Eighteen states have defelonized the possession of small amounts of drugs like heroin and cocaine (use is still a misdemeanor), 33 have approved medical cannabis, and 11 have legalized adult recreational use. New Jersey and Arizona are the states most likely to legalize cannabis on November 3. In no state has this been easy.

There is a long way to go before the shameful War on Drugs is history in the United States. We are not there yet, but we are on the way. Thank you, Oregon!

I am pleased to share the statements of a few of the many who have endorsed “Yes on 110,” including several ministers. Ecumenical Ministries of Oregon has been significant voice in support. May these voices inspire you as the opportunity to support drug decriminalization comes to your state, as it surely will.

Keep safe, and get out the vote.

Nate Macy, Pastor, Yamhill County
“Our communities need to work towards justice and the end of systemic oppression. Providing people with addictions with compassion and care is one way we can work towards that, and build stronger communities. This initiative gives pragmatic tools to help make that compassionate care accessible to more people.”

Rev. Tara Wilkins, Pastor, Bridgeport United Church of Christ
“I believe that we have a responsibility to care for those on the margins, that includes people who are addicted to drugs. Instead of punishing and judging, we should provide people who are addicted to drugs with the love, respect, treatment and support they need to recover and heal. That’s why I support this initiative.”

Rev. Connie Yost, President, Farm Worker Ministries Northwest
“As a people of faith, Unitarian Universalists believe in the inherent worth and dignity of every person.  People struggling with drug addiction should be treated with compassion and care, not criminalization.  It is our shame that Oregon ranks last out of all the states in the availability of treatment and recovery services.  We can and must do much derecognized better than that bypassing Measure 110 which I support because it will provide critically needed funding for treatment, recovery, harm reduction and sober housing services in Oregon.”

Rabbi Debra Kolodny, Portland’s UnShul/As the Spirit Moves Us
“I support the Measure 110 because those suffering with addiction are in need of healing, not imprisonment. This brilliant measure has a ready-made income source, and it will eliminate the expense of incarcerating those who should not be in jail in the first place. We need to pass the initiative and ever more integrated solutions like it if we want to achieve our vision of building a just, equitable and compassionate society.”

Rabbi Michael Cahana, Temple Beth Israel
“Drug addiction is a serious health problem in our community. It destroys lives and families. But criminalization has proven to be a terrible tool to save those afflicted. It is discriminatory and furthers the cycle of family separation. I support Measure 110 because treatment and recovery are the paths to overcoming addiction.”

Amanda Marshall, Former US Attorney for the State of Oregon
“I spent 20 years immersed in the criminal & juvenile systems in Oregon as a prosecutor, child welfare lawyer, US Attorney and criminal defense attorney. I have witnessed first-hand the devastating failures of criminalizing, shaming and stigmatizing people who suffer from substance use disorder. As both a person in recovery and the mom of a teen in recovery, I can’t escape the truth that what separates me and my son from the people who are prosecuted for possession is our privilege. When we needed treatment, we left the state of Oregon to find it. The options we had aren’t available to most Oregonians suffering from substance use disorder. It’s time to end the insanity. Vote yes on Measure 110.”

Pete Tutmark, Sergeant, Clackamas County Sheriff’s Office (retired)
“Looking back on my 33 year career in Oregon law enforcement, I believe the criminal/punishment model for addressing drug addiction has failed. This is a public health crisis and should be treated as such. Nobody wins when police spend our days punishing people for drug possession. Every person we arrest for drugs is one more person who refuses to talk to us when we’re questioning witnesses and gathering clues. Our drug laws make police work harder and communities less safe.”

Mike Schmidt, District Attorney, Multnomah County
“It’s time for a change in our public safety system so that drugs are not used as an excuse for arresting people, particularly Black and Indigenous people of color. Misguided drug laws have created deep disparities in the justice system. Arresting people with addictions is a cruel punishment because it slaps them with a lifelong criminal record that can ruin lives, exactly when they need better access to supportive services. We need to change our approach. Lowering criminal penalties for simple drug possession and providing more drug treatment and recovery services to help people move forward with their lives—these are the two pillars of Measure 110. Please join me in voting yes.”