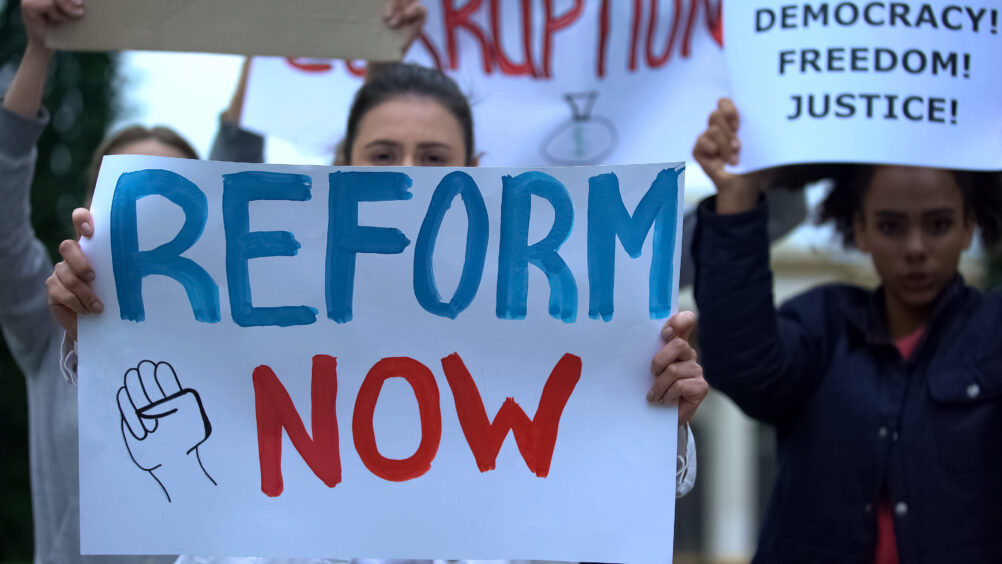 When George Floyd was killed, we were already tragically familiar with black death due to police brutality —Eric Garner, Alton Sterling, Sandra Bland, Tamir Rice, Freddie Gray, Laquan McDonald, Michael Brown, Aumaud Arbery, and, most recently, Breonna Taylor since 2014 alone. Despite short and largely localized expressions of outrage, little had changed. But might this be a turning point?

A black leader in my church commented, “What happened this time really showed the whole world how we treat our people in this country.” In the past,” she went on, “maybe our slip was showing. This time we were butt naked.”

The protests are continuing three weeks after George Floyd was murdered. A new generation of young people is involved. The call for change is multi-racial. National, state, and city officials and legislators are speaking out. The world is watching, and protests are happening globally.

But will anything be different now? I think it is possible.

For decades we have been saying we need to change hearts and minds. This must always be our goal. Sadly, that kind of change happens slowly, and the deaths continue. I cannot bear the thought that what seems like the possibility of real, meaningful, reform will somehow slip away.

Martin Luther King once sardonically observed, “It may be true that the law cannot make a man love me, but it can keep him from lynching me.”  Although we pray for so much more, we must at the very least stop the modern-day lynchings – all too many in the name of an immoral drug war —  by seizing the moment to write new laws and regulations and throw out bad ones.  Here are three changes that can happen relatively quickly.

The first is for cities to revise police contracts. I recall two cases of police abuse that led to death in Chicago in 1996. The facts were damning, and community activists called for accountability.  But they found that over many years the City had bargained its way to a police contract that made it virtually impossible to monitor, discipline, and fire officers — even after multiple offenses.

Even today, anonymous citizen complaints are not permitted. Records from inquiries into possible police misconduct are expunged after five years. Officers have 24 hours to coordinate their account of shootings in which they are involved. No wonder police have the impression they can get away with murder.

If city officials cannot resist political pressure from police unions there is a new and promising path to accountability — the licensing of police at the state level.  In the words of Chicago’s Mayor Lori Lightfoot, “If I go get my nails done … the person who is handling my nails is licensed by the state. If I go get a haircut, the barber is licensed by the state.” Why not police? Both the Mayor and Illinois Governor J. B, Pritzker seem ready to press for this reform.

Second, the law can change whom police choose to arrest. Right now, all low-level drug offenders can be charged with a felony. This cripples them. If jailed, they are likely to lose their jobs and be separated from their families. They have little chance of obtaining employment or housing upon release. Life with a felony record is a life without a future for those who are poor and black.

We can reduce arrests by supporting the national movement for what is called police diversion, or “deflection.” When police see those suffering from drug addiction—often individuals they have been recycling through the criminal justice system —instead of jail they already have the discretion to steer them to drug treatment and other services. Over 800 police districts have already initiated deflection in some form. This should become national practice.

The third possibility is to carry deflection to its logical conclusion by decriminalizing all drugs. Right now, over half-a-million individuals are incarcerated in each year solely for drug possession. Yes, half-a-million. We can end this mindless and slow-motion violence right now. Impossible, you say? Consider: in Oregon signatures are now being gathered for a ballot initiative in November that would make it the first state to take this step. As others follow suit, this will collectively sound the death knell of the already failed War on Drugs.

What change can we expect in days and months ahead? Let us start with reforms that will limit what even the racists among us are permitted to do in our society. Laws matter. Regulations matter. Such changes are within our grasp. If we stop the lynching, hearts and minds will follow. Dr. King knew that over fifty years ago. It is no less true today.

A REFLECTION ON HOPE

This message was posted last Monday on Facebook by my son-in-law Brendan Brown. He and my daughter Joanna and their two young children have just moved to Old Irving Park, Chicago. Brendon has kindly permitted me to share these words with you. I believe you will find them as moving as I did. Brendan, we share your hope.

On the morning of Sunday, June 7, I took a walk with my two year-old son because we needed something to do. As we made our way around the new neighborhood we just moved into during a pandemic (introductions have been scarce), we saw people with signs and strollers on their way to a Family March for Equality. I saw an opportunity to, hopefully, make an impression on my son, however minutely, that might linger in his head somewhere.

And I started crying.

The essence of what he said cut through the calm and personal reserve I usually try to maintain.

All of this is about being proud of your neighborhood. It begins at home. To see so many people who didn’t all look like me and didn’t all look like each other. On a Sunday morning, when they didn’t ‘have’ to be there. With their children. It wasn’t performative and it resonated in a way that struck me deeply.

The thought that my kids, the grandchildren of a Black man who grew up in Mississippi in the 1940s and 50s, might grow up in a country that is not just technically different, but materially and functionally different than the America that he and I grew up in, gives me hope. I know better than to believe that what we’ve seen lately is anything resembling meaningful change. But when I look into the faces of my children, all I see is hope. I want to be able to return it to them. We have to.