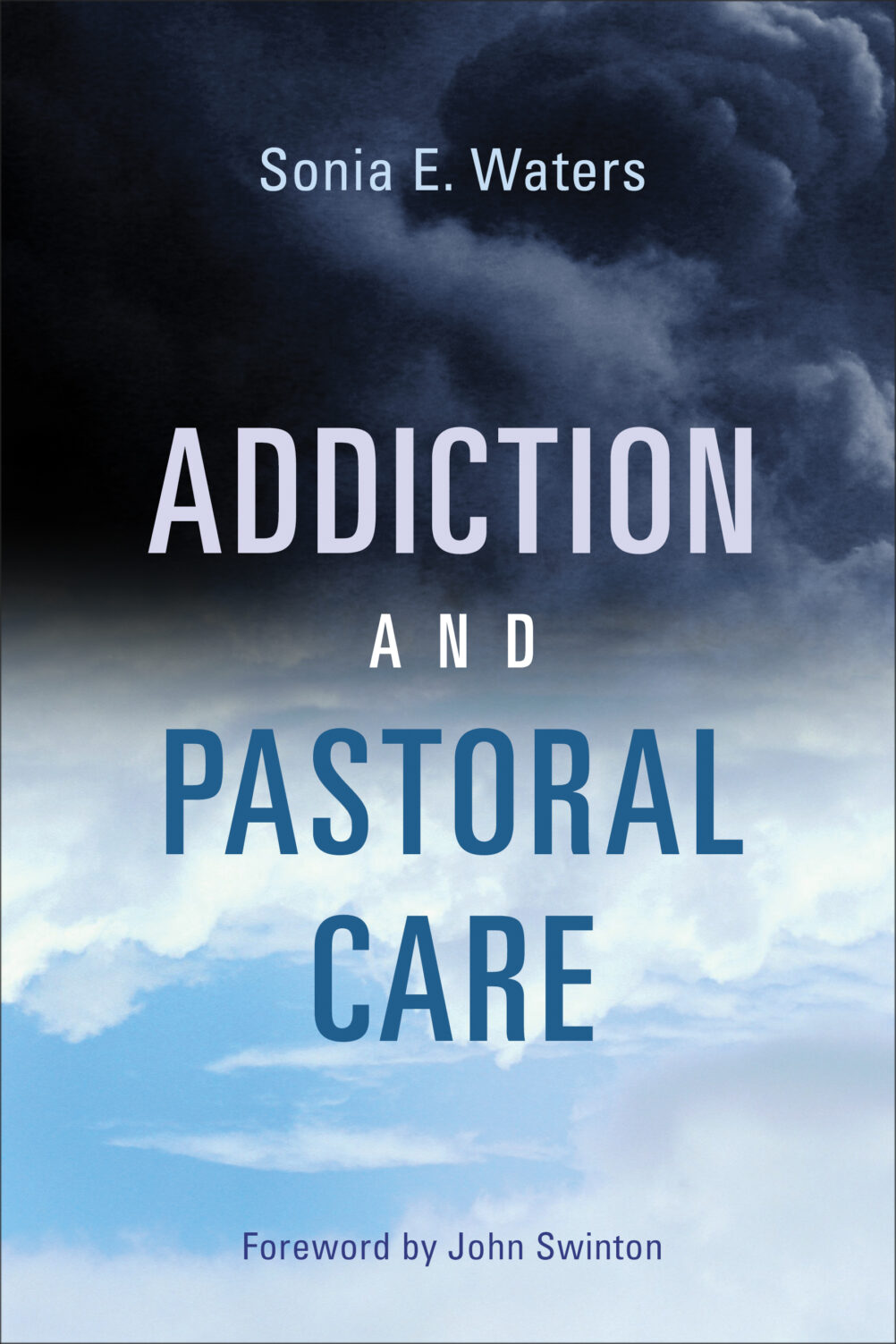 If only I’d know then what I know now! You suggested that I read Sophia Waters’ Addiction and Pastoral Care, and after I finished I wondered, “How would my 45 years of parish ministry been different if I had better understood the dynamics of addictive behavior and why did we never talk about it in seminary or the Church?”

The assumption during all that time was that addictions were the result of bad choices, and therefore “sins,” or of genetic weaknesses, or of brain malfunctions. Waters, who is an Episcopal priest and pastoral counselor, says that we get closer to the truth if we see addictions as signs of “soul-sickness,” ways people have sought to cope with fear, loss, isolation, and hopelessness. They are a response to pain, not a search for pleasure. She acknowledges that over time an addict’s brain mutates, but that may well be more a result than a cause. She does not talk about genetics, which I wish she had.

That prompts me to look back at what I might have missed . . . the dairy farmer who seemed a little unsteady while drinking morning coffee at the diner, the guy on the assembly line who missed a lot of days at work, the college professor who made perfect sense in the morning lecture but rambled in the afternoon discussion, the stock trader raring to go at 5 a.m. and asleep at 2 p.m., the homeless man on the corner who could make more money begging than working at minimum wage, except that he disappeared for months at a time. Now, I don’t want to see things that weren’t there, but I could have been more attentive. And then, I think about family members and close friends . . .

So, Waters’ focus on addictions as the result of peoples’ desperate attempts to deal with pain that arise from personal, familial, and social dynamics offers me a new perspective. If it is not a sin, then the answer is not repentance and a pledge never to do it again. Rather, it is to offer solid pastoral care. She outlines two counseling techniques that reminded me of the Carl Rogers’ non-directive approach that I learned in seminary and tried to adhere to over the years. But she stresses that the Church must also provide a supportive community in which a person can find a safe place in which to confront the addiction. Simply making room for a 12-step program based on anonymity is not enough; there also must be open and generous inclusion.

In addition to the Church ministering within its congregational self-definition, can the Church be faithful enough to assume a public role? Addictive behavior employs a lot of means to avoid pain – alcohol, obviously, but also drugs, food, gambling, pornography, and the internet, to name the obvious. Our society has tended to criminalize addictions, not address them. You and I remember when the War on Drugs begun in 1971; it has been a disaster. To define an addiction as a crime has opened doors to persecution based on race wealth, ethnicity, gender identity, and even religious affiliation. It has created a fractured society and economic system. What does the Church have to say about justice regarding this?

And, does the Church have anything to say about businesses and governments getting rich by promoting addictive behavior? It seems contradictory: criminalizing, and at the same time, exploiting, but it is the norm. The one place where I have had some experience is in resisting casino gambling. It is a predatory business. The designers of the slot machines are psychologically savvy enough to make people feel that they are winning when they are losing. The goal is to drive people to “play to extinction,” as they lovingly say. So, the more money people lose the more money casinos and gambling parlors make and the more money governments tax. That, I think, the Church can call a “sin.”

Waters’ book confirms a truism dear to me: “Things are more complex than we first thought.” This is true about addictive behavior, she insists, and caregivers and religious communities need to deal with this complexity in order to be of help to others – to those who are addicted, to those who love them, and to a society prone to take advantage of them. Thanks, Al, for the recommendation.

“My aim,” Sonia Waters states, “is to take an issue that is often highly individualized and trace its webbed connections to the relational and social contexts that make one vulnerable to addiction, create its stigma, and complicate its recovery.” With that she begins her depiction of addiction not as a sin or a disease but rather as the result of a person trying to cope with personal, relational, and social vulnerabilities. Waters, who is an Episcopal priest, directs her analysis especially to pastoral caregivers, but her insights are eye-opening to a more general audience.

Having said that addiction is not a sin or a disease, Waters devotes the rest of her book to what it is. Calling on her pastoral perspective, she uses the framework of “soul sickness” to describe the debilitating power of the combination of personal, relational, and social vulnerabilities. Addictions can start benignly enough as acts of self-protection – a drink after work to relax, a stop at the casino for excitement, a few minutes on the internet to check messages, and most of these acts do not lead to addiction. But for those who are caught in a net of “attachment vulnerabilities and social sufferings, poor stress-regulation and poor social skills, impulsive choices and genetic propensities,” the pain is enormous and constant. One of Waters’ persistent points is that pleasure is not the motivating factor for addiction, but pain.

If addictive behavior is not a moral sin or a cerebral dysfunction but the result of an attempt to cope with the pain of living daily lives, then Waters points out that there are certain aspects of our public life that make matters worse rather than better. If a consistent factor that leads to addictive behavior is a sense of marginalization, then poverty, racial discrimination, gender-stereotyping, cultural prejudice, and criminalizing addiction only deepen the addict’s agony. In this public setting she sees the Church having a duel role as an “empathic body” for those within the religious community and as an advocate for addicts in the public domain. The Church can be a therapeutic community where everyone belongs and where alternative practices are offered “to manage negative affect and stress.” In that manner it can treat “soul-sickness” as the result of “solutions that have turned against us.” At the same time, the Church can advocate for addicts being treated as people needing compassionate attention and not as criminals needing jail time. American drug policies have been based on race and class, a bias made clear when the recent opioid epidemic moved from the back alley to Main Street, from the poor to the rich, from black to white. Only then did the definition move from a crime to punish to an addiction to
address.

In Chapter 5, entitled, “Soul-Sickness and the Legion,” Waters turns directly to her pastoral understanding of addiction and the primary role of the caregiver. She uses the episode in the Gospel of Mark 5:3-13 where Jesus cures a man suffering from a “Legion” of demonic powers: stress, pain, sleeplessness, estrangement, a bruised body, and an addled mind. The man personifies “soul-sickness” in Waters’ terms. He does not see the danger that he repeatedly confronts, he has retreated to a supremely self-protective mindset, and he is isolated from everyone. Ultimately, Jesus rids the man of his demons, but not through an act of power but by perceiving the “person within the possession,” sensitive to the fear the man might have about losing his protection against reality. Recovery, she emphasizes, is not the result of a magical intervention or a single act of resolve but of a long and complex process. The role of the pastoral caregiver is to create a space within which an addict can face bravely questions of meaning. “We co-create interpretation and meaning together, as we plan for spiritual renewal. At the most basic level, we can communicate Christian love by being an attuned listener, not shocked by these stories of moral failure, and consistent in our assurance of God’s loving presence.”

In her final two chapters Waters outlines two specific patterns of pastoral interaction and applies them to working with an addict. She first outlines the foundations of Motivational Interviewing, with the emphasis on listening intently, asking open-ended questions, and reflecting back without judgment. Next she outlines the five stages of change therapy: an increased awareness of the need for change, an analysis of the pros and cons of current behavior, the creation of a plan for change, the implementation of the plan, and a commitment to sustaining the plan, with an expectation of re-starting after relapses. Both general patterns of pastoral caregiving accommodate the reality that recovery for an addict is not a quick and total reversal of behavior, but a long process that most likely will include many steps backward. And it just might be, Waters concludes, that as we enter the suffering and heartbreak of another, we will learn about our own brokenness.