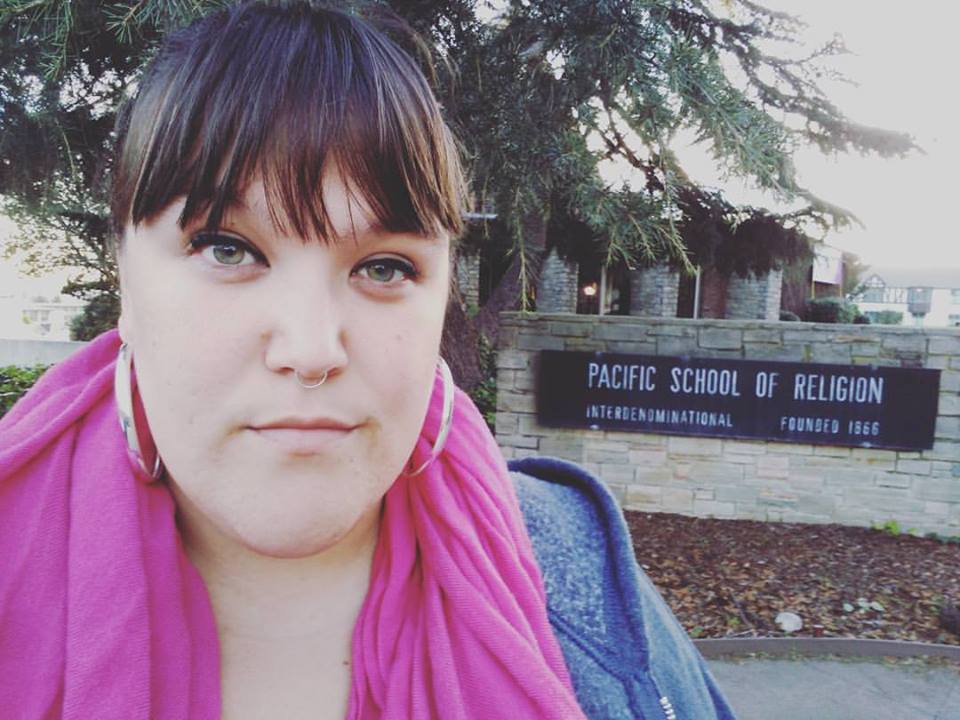 Blyth Barnow is a preacher, harm reductionist, writer, and community organizer, and serves as the Harm Reduction Faith Coordinator for Faith in Public Life Ohio. She works to establish harm reduction resources for faith-based communities and has brought her worship service, Naloxone Saves, to several states.

“I try to leverage the power of clergy in service of people who are doing harm reduction work, people who use drugs, people who do sex work.  It matters what clergy say.

“I remember the first time I officiated at a funeral. An older gentleman had died by suicide. His daughter presumed that I was judging her father as I presided over the service. She never spoke to me. That was her experience of clergy.

“I went to seminary because people that I loved had never been treated with dignity in the church—as people who use drugs, as people who do sex work, as queer people.  I lost a partner to an overdose. He was condemned to hell at his funeral. All of us were condemned for living the same lifestyle. I sat in the pew with friends. Almost all of them now are dead or locked up. I think the message that that pastor passed on that day is part of how they got there.

“I wanted to be able to provide spiritual care and ritual to my community so that people didn’t have to hide when they were offering and receiving care. I want to figure out how we return something that has been stolen from people—their access to spiritual care.

“Dignity and divinity are related. When you support people in accessing their dignity you are opening up what is divine within them already. When you wound their dignity, you are committing an act of spiritual violence.

“I developed a worship service called Naloxone Saves.  It started sassy: ‘Okay, Jesus saves. But Naloxone really saves.’ It has evolved from there. Naloxone Saves is a very standard order of worship for Christian services: prayers, hymns, and a sermon, which I deliver.

“We train people to recognize and respond to an overdose in the context of worship. When people come up to receive their kits as if receiving communion, we all together bless the kits as we distribute them. We talk about reversing an overdose as an act of resurrection that Christians are called to participate in.

“If our faith is founded in the power of resurrection, how are we participating here on earth?   I worked with the overdose ministries of the United Church of Christ. We have developed these buttons that say, ‘People who use drugs are beloved by God.’

“I had the chance to offer a version of the Naloxone Saves service for a church in Minneapolis. While we were there, the pastor found out that one of his families in his church lost their son to an overdose. The church decided that it wanted to become an ongoing site in distributing Naloxone and other harm reduction supplies, and to formalize their relationship with Southside Harm Reduction in Minneapolis.

“At that young man’s funeral, everybody was wearing a pin that said, ‘People who use drugs are beloved by God.’ As they walked out of the service, they could access harm reduction supplies like Naloxone, and sterile equipment, putting some resources behind that effort.

“I think about my path from a funeral where someone is condemned to hell to one with the message that people who use drugs are unconditionally loved by God.  I felt the community experiencing this love. That is why we work.”

(These comments are excerpted from Blyth Barnow’s participation on the panel “Having Faith in Harm Reduction” during the Drug Policy Alliance’s International Drug Policy Reform Conference in St. Louis.)