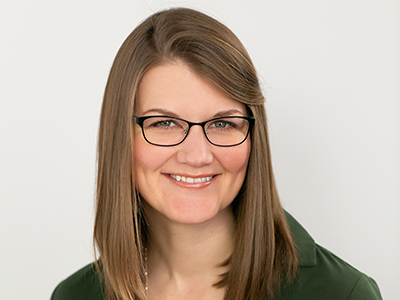 Lifelong Mississippian Christina Dent is a politically conservative Christian who supported a criminal justice approach to drug use until she became a foster parent. As she saw the effects of criminalizing drugs up close for the first time, that support wavered (see TEDx Talks). She now opposes the War on Drugs and actively seeks to share her new perspective with others in Mississippi.

“I’m a Christian. I’m from Mississippi. I run a nonprofit that I founded there to invite people to change their minds, specifically working with a conservative, largely Christian audience in Mississippi, where we self-identify as the most religious state in the nation.

“For most of my life I had to deal with the War on Drugs. I thought it was helping people. I thought I was supporting laws that were in line with my faith and with my political values.

“Only through experiences as a foster parent did I become close to … what’s happening with the War on Drugs. I got to know one of the moms of a child that we fostered. I did not know anything about addiction or about drugs. I could not understand why a mom would use drugs while they were pregnant, if they loved their child.

“Her incredible vulnerability in letting me see into her life and into her love for her son deeply shook me. It made me begin to rethink the drug war.

“That was three years ago. Exposing what was in my heart has been the most humbling experience of my life—the judgments I had and the harm I participated in by voting for laws that were unintentionally hurting people.

“Almost every area of our lives is impacted negatively by the drug war. If you’re vulnerable its impact is a hundred times worse. But all of us are living in a world that would look far better if drugs were not criminalized.

“I’m a foster care parent and I want to help vulnerable children. I now think that one of the best things I can do to help them is to work to end the drug war. It’s causing so much destruction to families and communities.

“That is why I started End It for Good. This is difficult work because what I want to do is yell from the rooftops, ‘We’ve got this all wrong.’ It is not consistent with our values as conservative people or Christians.

“I’m speaking to an audience that is where I was five years ago. They don’t understand why people are dying, why is there fentanyl in our heroin supply, why is there so much crime in our city and community, why so many children are growing up without parents in the home with them.

“Mississippi is the third highest incarcerator of people in the nation, on track to become the highest, because the two states ahead of us have had a decrease in its population.

“Early on I became convinced that the best way to help people change their minds is to apply a harm reduction approach to messaging: start where people are. Whatever it is that they believe, how can I help them take one step to changing your mind. I can’t ask them to take that massive jump from ‘I supported the drug war my whole life’ to ‘I’m totally committed to a legalized regulated market’ in one day.

“I wanted to invite people to change their minds in a way that would allow somebody like me to be able to engage. We schedule community discussions. I travel around the state and host dinners with all the elected officials, pastors, business owners, people in the recovery community, everybody from the community that we can find email addresses for. We invite them to come and engage. They hear a presentation about what’s actually happening—non-emotional, fact-based. I tell the story of me changing my mind.  If you criminalize the market, it goes underground and creates havoc in our communities. If you criminalize the substances, they become adulterated. We see people dying of fentanyl. When we criminalize users we are destroying families.

“Here is one quick story about a man that came to our last discussion in a small town in Mississippi. He is a typical example of somebody you would consider hard to reach: white, mid-sixties, lifelong Republican, evangelical Christian, Mississippi roots for generations.

“About a year ago he asked me to send him a copy of Chasing the Scream, a book by Johann Hari. If you have conservative friends, reading that book is the best possible thing that they can do.

“I didn’t hear another thing from him for a year. Then he came to a discussion we were holding in another town. Somebody said, ‘I think decriminalization is enough. I don’t want to legalize anything.’ He spoke up: ‘But if you don’t legalize, you’d have to get rid of all the crime that’s being driven by the illegal market.’

“Here’s a man who went from getting curious about whether we might be doing something wrong to wanting to know how can I be an advocate.

“I work on screening that change. Mississippi is kind of a stronghold in the South, for how people think about things. And if we can change [minds] in Mississippi, then there is hope for change everywhere.”

(These comments are excerpted from Christiana Dent’s participation on the panel “Having Faith in Harm Reduction” during the Drug Policy Alliance’s International Drug Policy Reform Conference in St. Louis on November 9, 2019.)