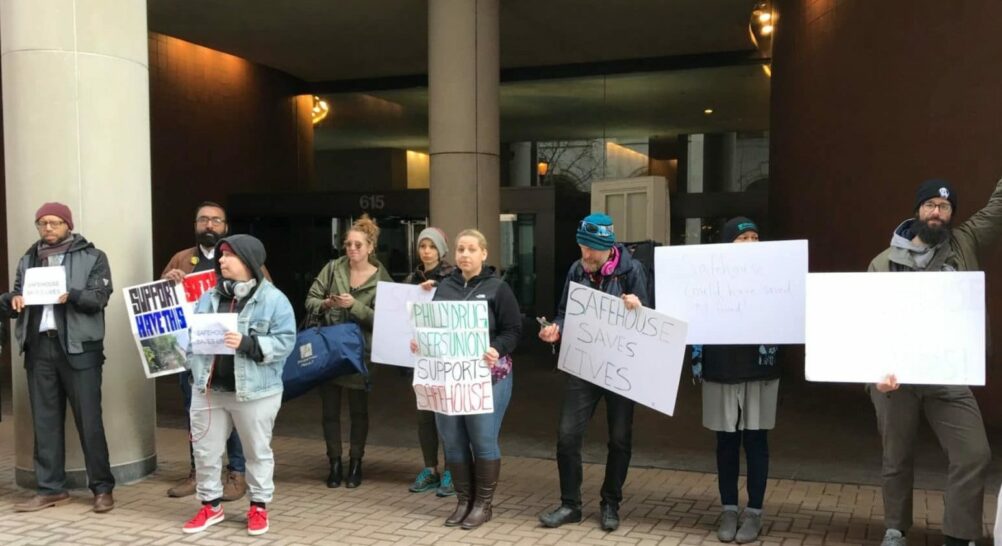 We have moved one step closer to the opening of the first supervised injection facility (SIF) in the United States. A federal judge has ruled against a suit by the U.S. Attorney in the Eastern District of Pennsylvania blocking the launch of “Safehouse,” a SIF that is ready to go in Philadelphia.

SIFs save lives by providing space for individuals to use drugs under medical supervision. Treatment is available but not required. Over 120 such facilities exist in cities around the world, including Europe, Australia, and Canada. The United States has none.

Three years ago Clergy for a New Drug Policy organized a delegation of clergy to visit Insite, at that time the only SIF in North America. Since then, 44 have been authorized in Canada. In June, we joined the Chicago Recovery Alliance in visiting five sites operating in Toronto.

Advocates in Boston, New York, Philadelphia, Seattle, and San Francisco have been pressing for SIF’s.  Early this year, it appeared the breakthrough would come in Philadelphia, where political and community leaders, including the mayor, city council president, and states attorney, all support “Safehouse.”

But last February, William McSwain, U.S. Attorney for the Eastern District of Pennsylvania, sued to stop Safehouse. He argued that it would be in violation of the so-called “crackhouse” provision of the Controlled Substances Act, which was designed to curtail drug racketeering.

Clergy for a New Drug Policy joined other religious voices in an amicus brief challenging the U.S. Attorney’s action. The brief invokes the Religious Freedom Restoration Act of 1993 (RFRA).  It asserts that all humans are created in the image of God and that “all have value and significance and are worthy of others’ time, understanding, and advocacy.”

In his ruling on behalf of Safehouse, U.S. District Judge Gerald McHugh determined that the federal Controlled Substance Act did not apply: “The ultimate goal of Safehouse’s proposed operation is to reduce drug use, not facilitate it.”

It is widely anticipated that U.S. Attorney McSwain will appeal to the 3rd Circuit Court of Appeals, which covers not only a portion of Pennsylvania, but New Jersey, Delaware, and the Virgin Islands.

The appeal process could take at least a year.  Nevertheless, Safehouse attorneys were pleased. “This is a huge decision in our favor,” according to Rhonda Goldfein.  “It is the first in a federal court that says ‘This is not an illegal purpose.’’

Given its broad applicability, the case could end up in the Supreme Court.