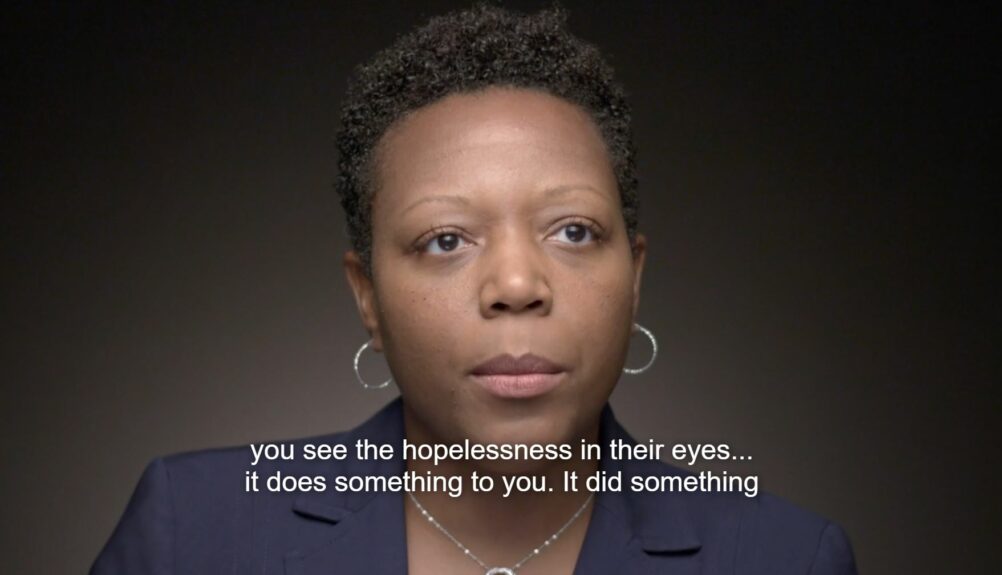 My purpose today is to urge you to watch a powerful and haunting short film called “We Are Witnesses: Chicago.” Through the testimony of 15 individuals, the series captures the tragedy and anguish of violence in Chicago. We hear the voices of victims, police, and court officials.

It is a story of suffering and pain, systemic cruelty and corruption.  It offers moments of compassion, courage, and forgiveness. It speaks to our hearts, and helps to open them. It makes us cry out for change, especially in our criminal justice system.

Violence tears our cities apart.  Chicago is synonymous with gun shootings, even though some other cities have numbers worse than Chicago’s.  In CNDP’s advocacy to end the War on Drugs, I have long wanted to argue that this failed War is a primary cause of urban violence.

My problem in making this case is that the topic of violence is hideously complex.  It is what academics call “a wicked problem.” As such, it hard to generalize about. It has so many causes.  “We Are Witnesses: Chicago” helps us to identify and begin to connect them.

The War on Drugs is certainly key.  It calls for prohibition. As a result, gangs rather than sanctioned outlets become the economic vehicle for distributing drugs.  There are no legal means to settle disputes, so violence, usually with guns, becomes the vehicle for doing so.

Huge amounts of easy cash from drug sales lure kids to the streets rather than school.  This same cash finances the guns that are so plentiful on city streets.

This misguided and unjust war undermines the relationship between police and communities.  How could it be otherwise when officers are trained to track people down in pursuit of often low-level economic transactions that, in poor communities, may be their only way to feed their families?

The War on Drugs feeds upon itself.  When parents are incarcerated for low-level drug possession, their future is obliterated, their families are destroyed, and their children suffer. All of this, in turn, feeds the poverty and despair than can often lead the next generation to escape into drugs. The cycle continues.

In “We are Witness” Chicago we meet Dr. Nneka Jones Tapia, until recently the Executive Director Of The Cook County Department Of Corrections.  At age eight, growing up in North Carolina, she witnessed the arrest and incarceration of her father for possession of marijuana: “I can only imagine being the man in the house and watching your young daughters seeing you arrested,” she recalls. “It’s humiliating.”

After her responsibilities for Cook County Jail, she writes, “When you walk into those doors and you see hundreds of young black men chained together you see the hopelessness in their eyes and it does something to you.  I saw them as my brother. I saw my father in them…We are more than our charge. We are the whole person who can still have the ability to offer good in the world.”

The War on Drugs does not fully explain the tragedy of urban violence in our cities.  There are many causes. But is time that we started to realize what is also true. The violence in our cities will not end until, at long last, we decriminalize low-level drug possession, thereby effectively ending the 47-year-old War on Drugs.  I am grateful that “We Are Witnesses: Chicago” is so effective in helping to make this case.