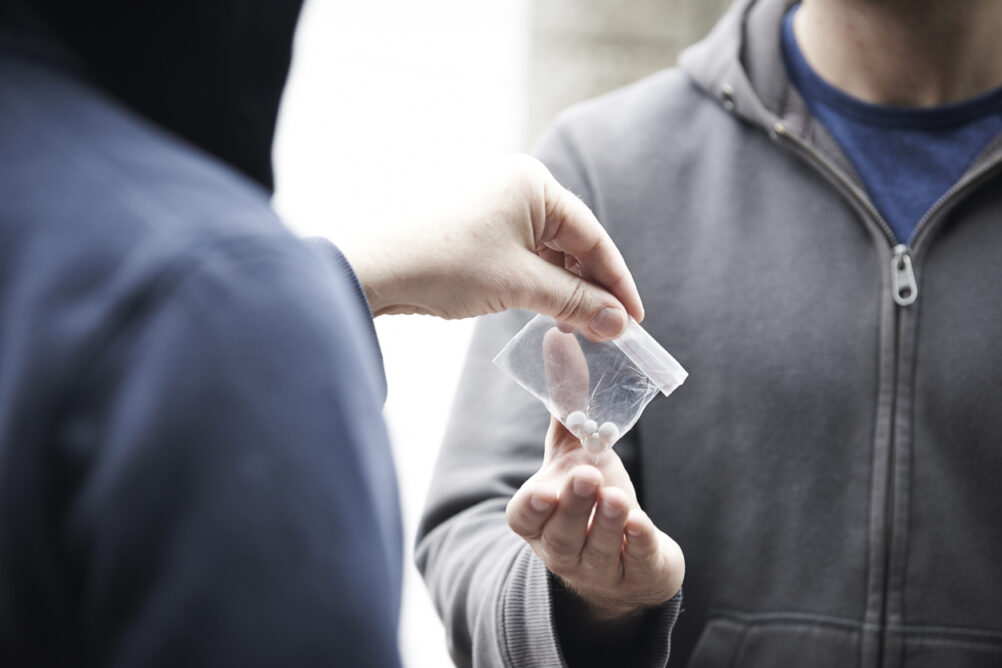 In her superb new book Until We Reckon: Violence, Mass Incarceration, and A Road To Repair, Danielle Sered makes the case that lengthy sentences for violent criminals are misguided. Sered is a pioneer in applying concepts of restorative justice to violent, not just non-violent offenders.

In order to truly end mass incarceration, she argues, we have to focus not just on drastically reducing the sentences of people charged with violent crime, but on creating “a justice system that is not just smaller, but is truly transformed into the vehicle for accountability, safety, and justice that everybody deserves.”

Sered’s arguments are equally applicable to people who sell drugs. In recent years there has been a change in how politicians discuss people with substance use disorders. The narrative has shifted from a criminal justice to a public health issue. If people have an illness, they should not be punished, but instead offered a chance to heal.

Yet this shift has heightened a dichotomy that mirrors the distinction between “non-violent” and “violent” criminals: people who use drugs and people who sell drugs. With one hand legislators and law enforcement offer help to those who use drugs, while with the other they punish those who sell them.

Almost a year ago we wrote about Kristen’s Law, a Rhode Island law (named after a woman who died of a fentanyl overdose) that allows prosecutors to charge dealers who sell heroin laced with fentanyl with first degree murder. Similar laws have recently been passed in Florida, North Carolina, and Connecticut. There has even been talk at the national level of ceding control over fentanyl sentencing to the DEA.

The arguments for long prison sentences generally include punishing the guilty, protecting the public, deterring crime, and helping victims heal from the harm done to them. Yet as Sered explains, our current systems of law enforcement and incarceration are woefully ineffective at producing any of those outcomes.

Long mandatory minimum sentences for both violent and drug selling crimes are shockingly ineffective deterrents. Sered points to studies showing that a swift and consistent punishment is far more effective than a longer punishment handed out inconsistently. This applies particularly to people who sell drugs at the “street level,” usually in small quantities to regular customers. Because they have no hand in the production of these drugs, they usually don’t even know if their drugs contain fentanyl. It is impossible for them to know the likelihood that the person they are selling to will overdose.

Another argument in favor of long punishments is that locking up wrongdoers will reduce drug selling. However, targeting low-level dealers does nothing to reduce supply because they are so easily replaced. Police officers refer to the task of locking up low-level dealers as “playing whack-a-mole” because of how quickly a new dealer will pop up.

Increasing punishments for “causing” a drug overdose death makes drug use less safe. If somebody overdoses, their survival is dependent on how quickly they receive medical care. One tool most states use to increase emergency medical care for people overdosing is “Good Samaritan Laws.” These laws ensure that somebody who calls for medical help in the event of an overdose will not be prosecuted for a drug violation. The hope is that knowing they will be protected by the law will make people more likely to call emergency medical services.

Laws targeting drug sellers will have the opposite effect. Often drug users will share drugs, which could categorize somebody as a “dealer.” Aggressively prosecuting people who sell or provide drugs makes those people less likely to seek medical help in the event of a drug overdose.

If the goals are fewer people selling drugs and fewer drug overdose deaths, there are solutions that we know will be successful. Safe consumption facilities around the world, including several in Canada, help people use drugs safely. In the United States such facilities are illegal, but there are other harm reduction tools that can be provided to drug users. When people have access to Naloxone, an opioid antagonist that reverses the effects of an overdose, they are able to save not just their own lives, but the lives of people around them.

To stop people from selling drugs, Sered believes that “the solution lies in developing more tools, not in eliminating the person we fear.” If people sell drugs to survive, providing economic resources, whether it is education and job training or assisted housing, will create opportunities to financial stability.

Putting people in prison only takes those opportunities away, labeling people as criminals for the rest of their lives. Sered notes one study  found that “those who received a formal label [such as convict or felon] were more likely to recidivate than those who did not.” Locking a person up for as long as possible will accomplish nothing besides destroying that one life as punishment for accidentally being party to another person’s death.

Sadly, there is no way to heal the damage done to somebody who dies of a drug overdose. But the wounds caused by violence go beyond the victim themselves. When somebody dies it impacts their family and their communities. A prison sentence makes it impossible to heal the damage done to a community, by taking away “the very power people should be obligated to use to make things right, thus rendering the possibility of repair nearly impossible.” Instead, it often doubles the harm initially caused. People who sell drugs also have families who rely on them, and children who will grow up with a parent in prison.

We cannot think of prison or the War on Drugs as tools for, in Sered’s words, “managing monsters.” The goal must be, above all, safety, and creating communities and spaces where people can make safe choices. While it may be politically popular to demonize people who sell drugs, or even to argue that they receive the death penalty, these policies destroy lives, including the lives of people they are designed to protect.

Until We Reckon lays bare the contradictions and hypocrisies of these policy and provides a roadmap to undoing their damage. Hopefully, that reckoning will begin soon, and we can find a better, safer path forward.