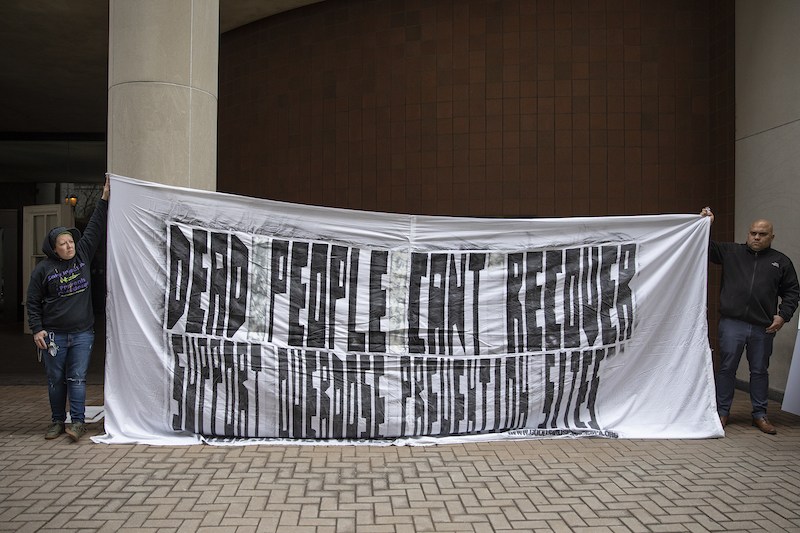 In Philadelphia, the city of Brotherly Love, community leaders, service providers, and key public officials have joined together to bring safe injection to their city. At the proposed facility, aptly named “Safehouse,” individuals struggling with addiction could use drugs under medical supervision.  This would be the first such program in the United States.

But on February 6, the U.S. District Attorney in the Eastern District of Pennsylvania sued to keep Safehouse from opening its doors. William McSwain argued that it would violate the Controlled Substance Act, which is intended to ban the operation of “crack houses.”

When Clergy for a New Drug Policy was asked recently to join an amicus brief rejecting efforts to block Safehouse, we couldn’t say “yes” fast enough.  Here is why.

The United States is woefully and shamefully lacking when it comes to supervised injection facilities (SIFs).  Worldwide, there are over 120 in 12 countries, including Australia. As we reported last month, the score in North America is:  Canada 44, U.S. 0.

The arguments on behalf of Safehouse are strong.  Evaluations of SIFs have demonstrated that they: reduce both overdose deaths and infections due to unclean needles; increase access to health care; and provide opportunity for treatment without requiring it.  Nor have there been negative consequences such as an increase in crime or public disorder where facilities are located.

The amicus brief invokes the Religious Freedom Restoration Act of 1993 (RFRA).  It argues that in moving against Safehouse, the U.S. attorney is “substantially impair(ing) the ability of its Christian and Jewish Board Members to practice at least two tenets that they sincerely hold.”

It raises an interesting and important question:  if you were asked to draft a brief that supported an SIF based on your faith, how would you make the case?  What would you consider to be the religious values at stake? The amicus brief offers two fundamental concepts.

First, all humans are created in the image of God.  We have “a unique and unrivaled status in creation.” (All quotes are from the brief.) This special status lies at the heart of the commandment to love others as ourselves: “all therefore have value and significance and are worthy of others’ time, understanding, and advocacy.”

Guided by this concept, the brief argues that “In attempting to prevent adherents from providing care to those affected by the opioid crisis, the U.S. Attorney has dehumanized those in need and thus tainted God’s image… (and ) has also put the affected outside the reach of the community…thereby distancing neighbors from each other and God’s love.  The end result demeans the affected and strips them of their dignity, leaving God’s image in tatters.”

Second, the brief asserts the inherent dignity and immeasurable worth of each human being. It argues that “in recognizing the dignity and humanity in all, Jesus announced that everyone, including the poor, the sick, and the sinners, are worthy of salvation and protection.”  It follows that “all humans, even opioid addicts, possess an intrinsic, sacred worth that adherents must honor with respect.”

The drafters of the amicus brief make clear that it draws upon the core tenets of the Judeo-Christian, Islamic, and other traditions.  But in the final analysis, perhaps it does not entirely matter what its supporters call themselves and which faiths are represented.