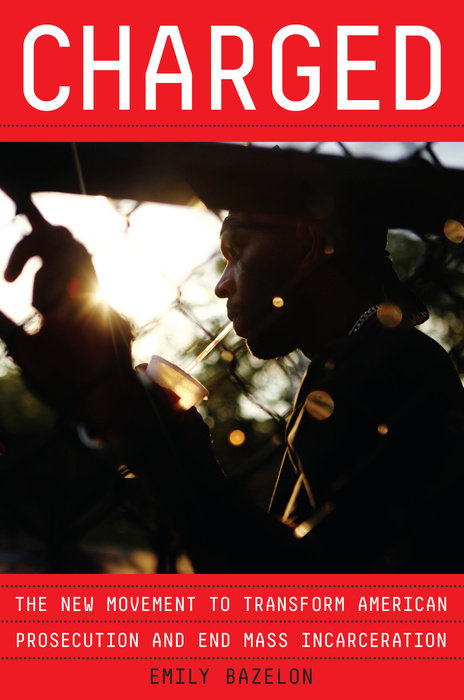 Mass incarceration didn’t happen overnight. Since 1980, the prison population in the United States has increased by more 500 percent, and only in the last few years has the number of people imprisoned at either a state or federal prison leveled off. There is certainly enough credit to go around for the rapid expansion of America’s incarceration system. Between the War on Drugs policies of the seventies and eighties and the “tough on crime” initiatives of the nineties, the blame is largely placed on policy makers, and with good reason. But in her recent book, Charged: The New Movement to Transform American Prosecution and End Mass Incarceration, journalist Emily Bazelon asks us to shift our gaze from the people crafting the policy to the people enforcing it: prosecutors.

Most people imagine the court system as being a triangle in which prosecutors and defenders are, as Bazelon writes, “points… on the same plane, with the judge poised above them.” The evidence laid out in Charged shows that this is clearly not the case.

Prosecutors play a crucial role in determining what crime a person will be charged with when they are arrested. This decision is largely arbitrary, but it can mean the difference between a multi-year prison sentence and never having to spend a night behind bars. Prosecutors also have control over the other two most crucial factors that will determine whether and for how long a person will spend time in prison: plea deals, and bail.

Bazelon points out that by demanding excessively high bail (a point on which judges virtually always defer to the prosecutor), prosecutors can push somebody to plead guilty to a crime they didn’t commit. As a result, the number of people who never get their day in court is staggering.

What is most troubling about the work of prosecutors is the adversarial role they take against the defense in criminal cases. Despite how they are presented on TV and in movies, the goal of prosecutors shouldn’t be winning cases, but rather seeking truth. Yet when prosecutors are rewarded for winning cases, and are trained to view defendants as the enemy, they become willing to subvert justice in pursuit of victory.

Sometimes this effect is subconscious; Bazelon describes the “tunnel vision” that prosecutors get as they become unwilling to examine evidence that could exonerate a defendant. This psychological effect is reinforced by the culture of prosecutors and district attorney, and the politicization of their jobs. If a prosecutor lets somebody off with a light sentence and they reoffend, it could destroy their career or cost them reelection. Better, it seems, to err on the side of overcharging.

Often, however, prosecutorial malfeasance is more direct and deliberate. Charged goes into detail about the Brady rule, which requires prosecutors to share evidence beneficial to the defense. That was not always mandatory, and the lengths to which prosecutors go to get around the Brady rule is astonishing.

If Charged simply rattled off statistics about how prosecutors stuff prisons with people who may be innocent, it would be sufficiently damning. But it is Bazelon’s journalistic abilities and storytelling prowess that elevate it to a truly haunting call to action. The book’s throughlines are two stories that reveal the two major problems with America’s prosecutorial system: one exemplifies the structural flaws of a punitive institution that is unforgiving and arbitrary; the other is a horror story of an overzealous prosecutor who will go to any lengths to secure a conviction.

Kevin is a young black man living in a Brooklyn public housing project who took credit for possessing a gun as a way to protect a friend. The prosecutor handling the case had complete control over whether the state charged Kevin with criminal possession of a weapon in the second degree (mandatory minimum sentence three and a half years), third degree (two years), or fourth degree (a misdemeanor, no jail time).

Bazelon follows Kevin through the kafkaesque New York City gun court that is meant to expedite these cases, but instead merely strips nuance from complex situations. Through the youth diversion program YCP, Kevin is allowed to stay out of prison, but the lengths to which he must go to appease judges and, more importantly, prosecutors, is absurd. Constantly forced to toe the line and with the fear of a lengthy prison sentence hanging over his head, Kevin’s case stretches on for years.

Noura, by contrast, is a white teenager in Memphis, who becomes the target of District Attorney Amy Weirich. After her mother is found murdered, Noura becomes the only suspect, despite nothing but circumstantial evidence tying her to the case. Weirich’s methods are ethically and constitutionally dubious, showing that she prioritizes defeating Noura in court over finding out who killed Noura’s mother. As Bazelon shows, this behavior is not anomalous, and not only is it rarely punished, but it is often rewarded.

The stories that unspool in Charged—and the data behind them—reveal just how broken our criminal justice system is. But while Bazelon offers no happy endings or tidy resolutions, she does show the promise of a new generation of District Attorneys determined to reform the prosecutorial landscape.

Winning elections on waves of support, progress has already been made in Chicago by Kim Foxx, in Philadelphia by Larry Krasner, and in other cities around the country. Every proposal by these firebrand reformers is met with resistance by a system designed to defend the status quo, but while progress is slow, they are already making a difference.The prosecutorial system is deeply ingrained in America’s courts, and the Supreme Court has given District Attorneys stunning amounts of power and leeway in how they handle cases. In Charged, Bazelon lays out the facts unflinchingly, but also offers a way forward, as well as realistic alternatives that can drastically reduce the prison population without sacrificing public safety. Bazelon’s book is more than an indictment of a dangerous and broken system, it is a call to action that nobody who reads it will be able to resist.