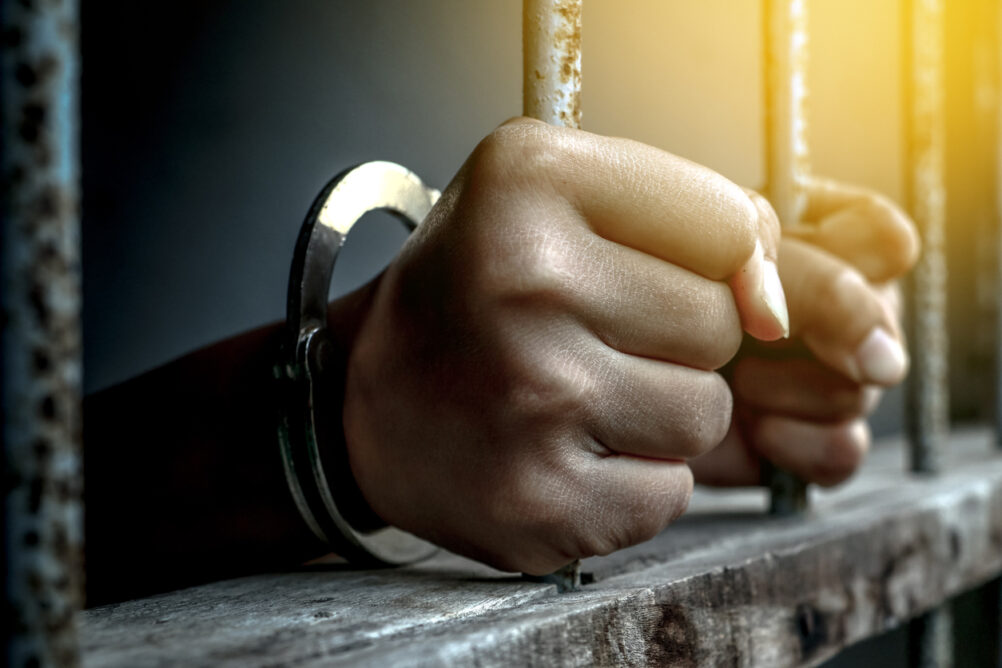 Last month, Clergy for a New Drug Policy partnered with Unbound, an online journal and community that examines, expresses, and provokes social justice as inspired by the prophetic gospel of Jesus Christ. Policy Director Tom Houseman wrote about how the War on Drugs tears apart families and undermines communities. With their permission, the full piece is reprinted below. It can also be read here.

Drug use is often framed as a personal issue, one of choices and consequences. “Do the crime, do the time.” Supposedly, harsh penalties aim to reduce irresponsible use of drugs. In reality, however, the War on Drugs has not succeeded in “protecting individuals” from their own choices. Instead, it has systematically incarcerated people of color (especially Black Americans) and devastated the family structures of entire communities.

When considering the punishment for a drug violation, whether it is prison, probation, or mandated treatment, we tend to only think about the impact that a conviction will have on an individual. Far too rarely is the impact on their families and their dependents considered.

After the investment of over $1 trillion dollars, drugs are as plentiful as ever, with seemingly little impact on drug use rates. While failing to win the war, we have, as Michelle Alexander tells us in The New Jim Crow, found a new way to enslave people of color. We send them disproportionately to prison for even minor drug offenses.

As we examine the collateral damage of this unjust war, two figures hit us between the eyes:

The War on Drugs is a major driver of these disparities. Drug policies have had far more negative impact in terms of social justice, of family justice, than they have had any sort of impact on drug consumption and abuse. Urban neighborhoods have been ravaged by mass incarceration, leaving young men to rely on gangs for support, protection, and economic opportunities.

The people in prison for drug violations are not just people with drug use disorders or who had to sell drugs because they lacked any other source of income. They are heads of households, breadwinners for families, caretakers for children. Their prison sentences do not operate inside a vacuum, but have consequences that last for generations. And children do not choose to grow up with their parent incarcerated.

When examining the War on Drugs, it is also crucial to acknowledge how unevenly these laws are enforced. Black people are multiple times more likely to be arrested for drug possession than White people, despite the fact that countless surveys show the two groups use drugs at the same rate. Black people also receive lengthier prison sentences than White people for identical violations. Families of color and those living in poverty are over-policed and over-imprisoned. They are also the most vulnerable to the damage that a prison sentence can do to a family when it loses a breadwinner or a caretaker.

Whether prisons are merely meant to serve as a form of punishment or to help rehabilitate those who enter them, it is crucial to understand the ramifications of removing somebody from their family and community and placing them behind bars. Several studies have documented the impact of incarceration on families, both in the short term and long term.

In their essay, “Incarceration in Fragile Families,” Christoper Wildeman and Bruce Western write about how imprisonment “diminishes the earnings of adult men, compromises their health, reduces familial resources, and contributes to family breakup.” This effect is particularly acute for families already living in poverty. Putting a parent in prison not only takes them away from their children, but impacts their ability to provide structure and support for their long after they have served their sentence.

Growing up with a parent in prison has profound, long-lasting effects on children. In a report from The Nation, Sociology professor Kristin Turney detailed how “children with incarcerated parents were three times more likely to suffer from depression or behavioral problems, and twice as likely to suffer from learning disabilities and anxiety.” It is not surprising that students who have at least one prison in parent are more likely also less likely to finish high school or go to college.

These negative effects last even after a person is released from prison. Those with felony convictions are often barred from housing assistance, federal loans for education, and safety net programs such as the Supplemental Nutrition Assistance Program. In states that do not prevent employers from asking about felony convictions, even a conviction for non-violent drug possession can make it almost impossible to find a job or housing.

In Paternal Incarceration and Support for Children in Fragile Families, Amanda Geller, Irwin Garfinkel and Bruce Western examine how “the negative effects of incarceration on fathers’ financial support are due not only to the low earnings of formerly incarcerated men but also to their increased likelihood to live apart from their children.” When a parent is not present—or not able to support their children—because of a drug conviction, the effect is deeply damaging.

There are other collateral consequences of drug violations that can impact the family of people who are caught possessing or selling drugs. Considering that there is a drastic public housing shortage in the United States, it is very easy for someone to be disqualified from public housing, or even evicted, because of a family member with a drug conviction. For example, In 2002 nearly 50,000 public housing applicants were rejected because of a policy that excludes people with criminal records from public housing.

There are no winners in the War on Drugs, but there are millions of victims. That number will only grow until these policies are changed. The War on Drugs has failed. Both for the sake of the families already torn apart and for those that will be torn apart in the future, we must end the war.

We are reaping the consequence of what our nation has sown. And although we cannot choose to unilaterally end drug abuse, it is our choice to end the needless suffering of America’s “Other Vietnam”.