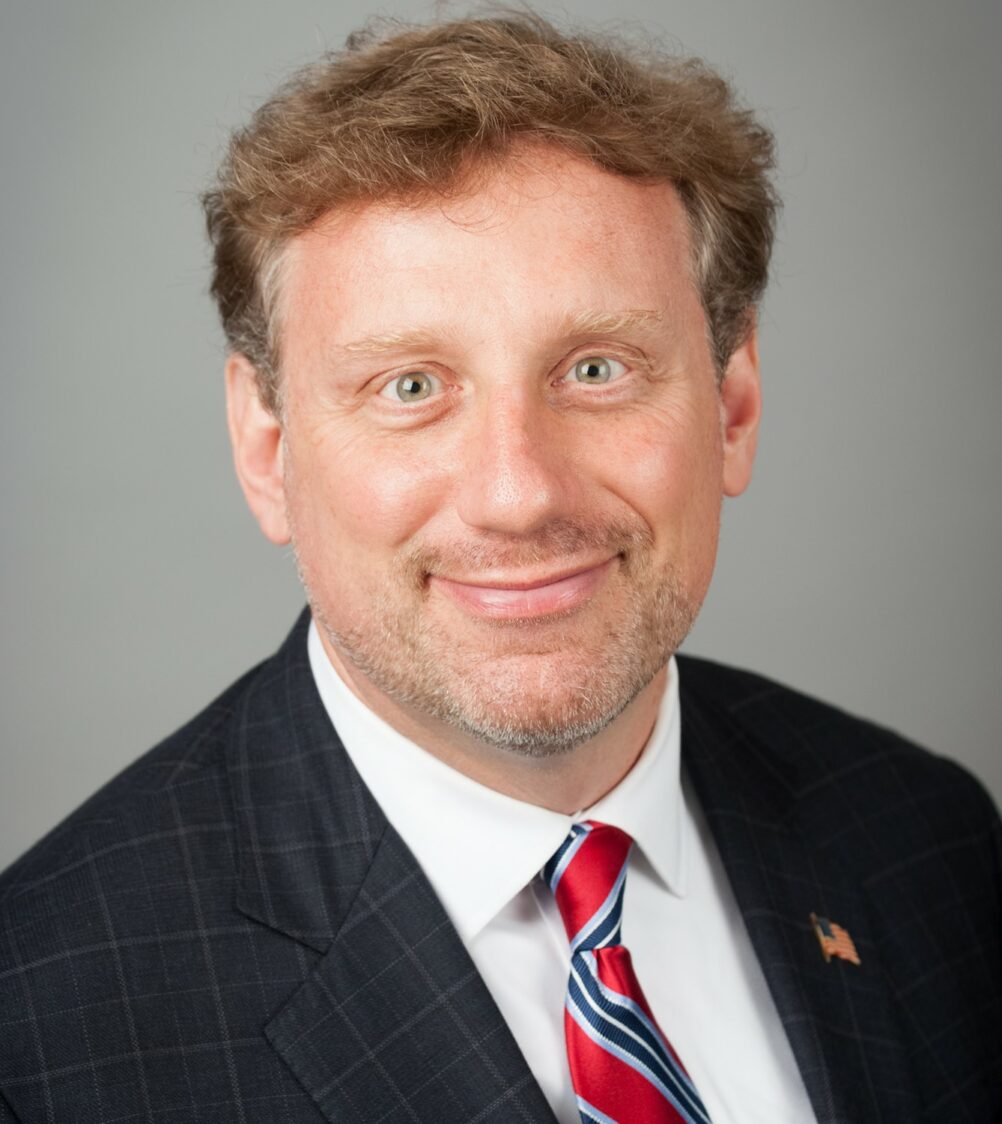 Diverting individuals from drug use to treatment rather than arresting them is becoming increasingly common in the United States. In this interview, Jac Charlier, co-founder of the Police, Treatment, and Community Collaborative (PTACC), describes this “quiet revolution” and brings us up-to-date on its progress.

What are police diversion and deflection?

Why did you start focusing on diversion and deflection?

Diversion is the right thing to do. It’s hard to work in law enforcement and see that the tools we have on our belt — a gun and badge — aren’t solving the problem of addiction and mental health, the two largest drivers of justice involvement in the United States. Diversion is a way to say, “Let’s get these folks into treatment in the community, which will then stop them from having encounters with the justice system in the first place.”

Should police ever arrest someone for low level drug possession?

How often do we hear the phrase “We can’t arrest our way out of this.”  That’s the wrong statement. What we say in deflection is, “Do we really need to arrest in the first place?” Sometimes police drive away from someone when there are no other charges but they know the person needs help. They have compassion: Deflection says, “We need to be trained in how to work together with behavioral health to say, “I’m not driving away.  I know how to connect you up with treatment. No need to wait for a crisis to act.”

PTACC stands for Police Treatment and Community Collaborative. We are the national voice of the emerging field of deflection and pre-arrest diversion. PTACC represents a field that’s about seven years old, sitting at the intersection of law enforcement, first responders, community-based behavioral health, mental health, trauma, housing and other services. PTACC is made up of 31 national sponsoring organizations.

When it comes to deflection, the vast majority are rural or medium-size departments, and so you’re getting 30 people a year, you’re getting 15 people, 10 people per department. We also still don’t have a lot of departments doing the deflection. 18,000 law enforcement departments, we think we’re at about 750 right now, up from 400 two years ago.

What are your greatest accomplishments?

We are demonstrating that police and drug treatment providers can work together. In the past they have had a kind of indifference to each other, not knowing that to reduce crime, they actually need each other. Police would go sit outside methadone clinics and wait for people. Those days are behind us and now police are carrying naloxone.

The second big thing we’ve done at PTACC is to save lives, whether it’s in response to the opioid epidemic or to other mental health issues.

Third, we have advanced the conversation at the federal level.  In 2019, for the first time, the Office of National Drug Control Policy included the words “deflection” and “pre-arrest diversion” as a formal strategies to combat drug use. That’s a big deal.

You give police five pathways when they encounter drug users.  Which are the most successful?

You have to look at what problem you’re trying to solve, and what resources you have. If you have opioid overdose, you’re going do Naloxone Plus.  Self- referral happens more in rural and medium-size area where the amount of investment needed to start deflection is light. Treatment is mostly what you need to get self-referral going.

Active outreach starts with the idea that we have a group of folks that our officers are running into over and over. About 10 percent in this group consume 80 to 90 percent of public health dollars in emergency room costs, repeat visits, and other chronic issues.  Under active outreach, you target proactively people to connect them to treatment.

Officer prevention and officer intervention give officers what we call third option, which is the power of deflection while working their beat or on patrol. Everybody gets the first option: the power to arrest. They forget the second option, which is police can drive away and do nothing. In deflection, officers can instead take people directly to treatment, housing, and services.

Since deflection started, how many people have actually been deflected?

Aren’t we really just asking police to be social workers?

About 80% of police calls have some amount of social service component to them. They’re not just getting called to go after the bank robbers. People are calling them because they don’t know what else to do.

In officer training, I’ll say “We don’t want you to be drug counselors or social workers. We do want you and your counterpart in drug treatment and mental health and housing to know each other and know how to connect people between each other.”

We want police out of the business of social services and into “Well, I don’t know. It’s not my thing, but here, wait five minutes. We’ll have someone come over, he’ll take you to drug treatment center.” The police would love that. They could get back to catching the bad guys.

What are the barriers in getting police to divert and deflect?

Police law enforcement is a paramilitary culture. You need the chief to give the command that the department is going to do this. You absolutely need leadership.  Number two is the broader culture, meaning the line officer and the sergeant. You need them saying, “This is what I expect you to do. I want to see what you’re doing on your shift.” The third thing is pressure from the public. They might say, Where did you take that guy? You got to take him to prison.” You have to learn how to respond to this so the crime reduction aspect of deflection is what happens.

Much of this work depends on the availability of treatment.  How much treatment is available?

Nationally, about 22 million people in the US are active users of drugs.  Against that, it is estimated that there are about 2.5 million drug treatment slots.

My daughter is an emergency room doctor. She says she does not have any place to refer opioid overdose “deaths.” What are the pathways to address that?

There is in the United States a huge and massive disconnect between emergency rooms at the hospitals and behavior health. The payment structure for services in hospitals includes a form that lists a discharge plan. But the case management to ensure that you do what the plan says is needed is rarely funded once you walk out of the ER. We need to find a way for hospitals to sit down at the table with local behavioral health, insurance companies, and the State Medicaid office, to develop a payment structure for follow-up to happen. We need specialized case management that bridges these worlds together.

Are the five pathways confined pretty much to smaller cities and towns?

Baltimore has begun an officer prevention approach. Officers are trained to deflect in the high drug areas. Boston is underway with that. San Francisco. Spokane, Washington has a whole behavioral health unit fully integrated between officers and treatment.

What impact does deflection have on communities?

It can aid in police-community relations. Consider the normal scenario: Squad car drives down the street. Person is arrested, put in the squad car and driven away. Twenty-four hours later, he calls home from the jail and says he has been arrested. That cycle is repeated over and over.

With deflection, squad car drives down the street, person goes in the squad car, two hours later he calls, he says, “Hey, mom and dad, I’m in drug treatment.  I’m in housing. I’m in a mental health center. Hey mom, I’m back home and Tomorrow at 10:00 a.m. I have to report to treatment.”

Deflection changes the script on how police are viewed. We have anecdotal evidence, especially in high drug use areas, that that is in fact happening. The recovery community is beginning to come alongside police and say, “We’re spreading the word about what you’re doing.” That’s powerful.

Can churches and faith leaders be helpful?

What I really want churches to do is, first, be advocates for deflection and the funding of community-based treatment. Advocate for funding and resources.  Second, let’s recognize that congregations have people in recovery who could help others in recovery. If you had seven churches in a small community, those seven churches might have thirteen folks in those congregations who are in recovery.  What a calling in response to the Gospel it would be to say, “I’m going to use my recovery to help somebody else who is struggling. If you need someone, call me at 2:00 in the morning and we’ll set up a tree, we’ll figure out who to call and we’ll be there.”