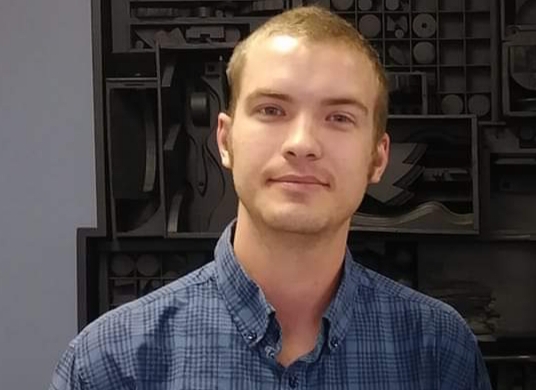 (We had the opportunity to speak with Jesse Harvey, founder of the Church of Safe Injection, by phone last week. We were especially interested in whether he has been able to engage mainline churches in responding to the opioid crisis –ed.)

AL:  Tell us more about yourself and your religious faith.

JESSE: I’m in recovery and I’ve been to a bunch of AA meetings and I believe in a higher power. I’ve tried going to many churches here in Portland.  I’ve considered myself a believer in some higher power for maybe five years. But it’s really only been since I started this work that I’ve really come to think of myself as a religious person. I’m interfaith. I don’t necessarily subscribe to any one belief over another.  We have seen so many people disenfranchised by traditional religion and churches.

AL: What do you feel you are accomplishing right now with the Church of Safe Injection?

We are getting naloxone out there and exchanging syringes.  We are distributing other harm reduction supplies. There are other organizations that serve far more people than we do. With us it’s sort of catch-as-catch-can.  We try to be as regular as possible with the people that we know, but we can only serve about one in every thousand people in Lewiston and Auburn that need it.

Our real output, our real product, if you will, is changing the narrative, inspiring the macro sort of conversation.  It’s like guerrilla theater if some other advocates and I get arrested, which we are thinking about doing in the coming month.

AL: Did you come up with the concept of church because of the theater messaging part, or would you like to move toward a more formal church structure?

JESSE:  Absolutely, yes. That’s what actually our Bangor branch does.  It has weekly meetings. It uses scripture. When I did my Narcan training in Auburn last week, I read a scripture. It is a real church. It’s non-traditional but certainly we would love to move into more conventional spaces as well — whether a physical building and whether tradition X,Y or Z. Just so we can capture that audience as well.

AL: Have you established any program connections with “mainline” churches?

Jesse:  I’ve done two Narcan trainings, one in Biddeford, Maine and one in Auburn, Maine, both Unitarian Universalist.  I have reached out to so many churches. I’ve let them know about the urgency of what we are doing. I’ve quoted Matthew: 31-46. I never hear back.

AL: I know Chicago pretty well. I’ve worked in Illinois and lived in Chicago for 35 years. I can’t find a mainline church where one might even detect a hint that we are faced with national opioid crisis.

JESSE: Its really disillusioning, to tell you the truth.

AL:   Recently I called a friend at Chicago Recovery Alliance, which is licensed to do the kind of work you do.  They operate out of a large van. I asked whether any churches, especially in neighborhoods where the risk of overdose and drug infections is greatest, had ever reached out to them. So far that hasn’t happened.

JESSE: I actually have been thinking a lot about purchasing a van.  As soon as the church is built up enough in terms of people and media coverage and legal assistance and partnerships, I’m going to start operating safer drug consumption spaces. Probably in the back of this van I’m talking about. It would be foolish to do it now because I would just get thrown in jail or prison for no good reason.  But in a few months, if things continue at the pace they’re continuing at right now, we will do this. When we do, I think religious intervention to save lives and to keep people safe is a real possibility.