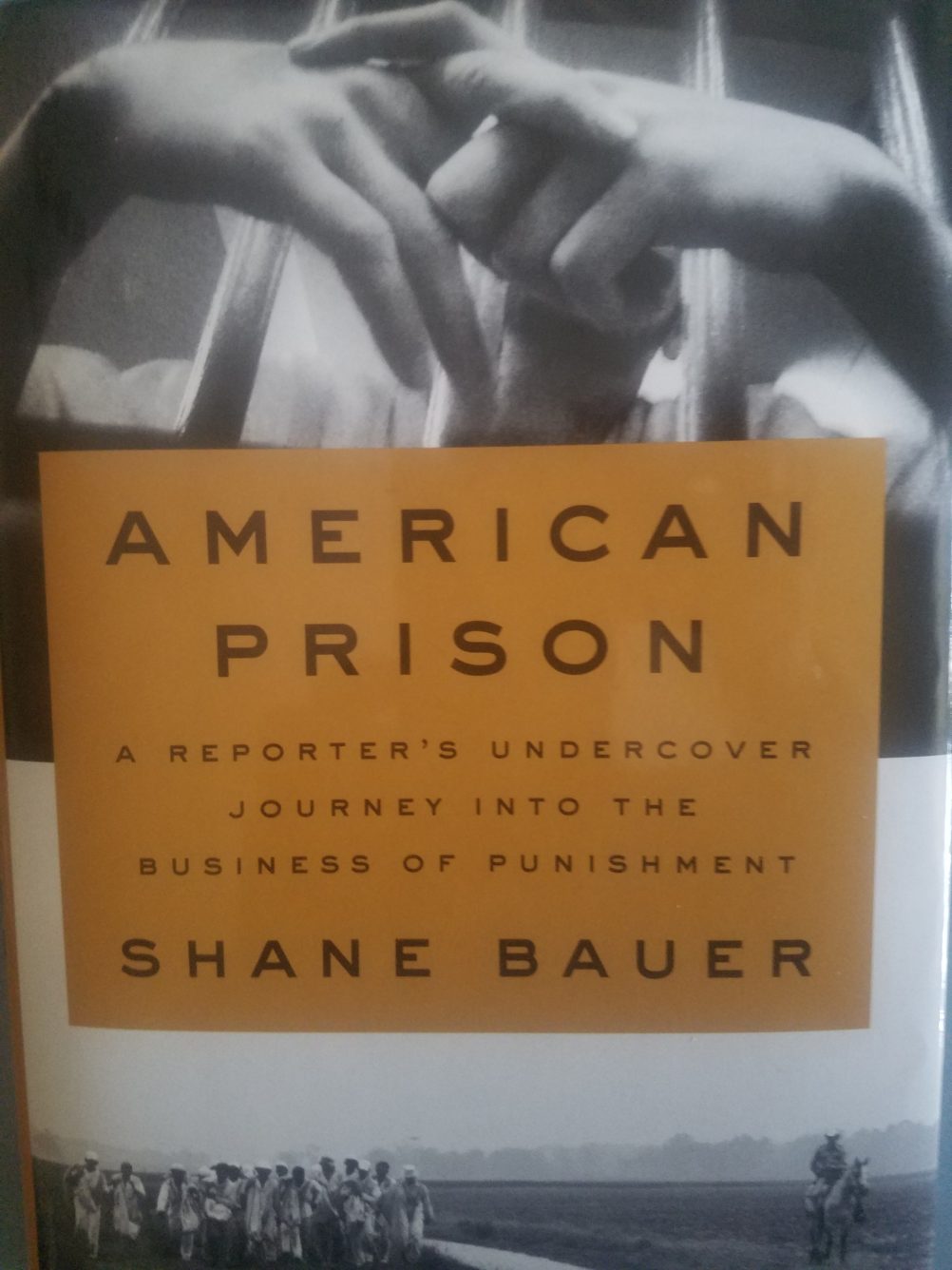 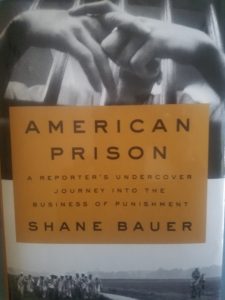 If Fyodor Dostoevsky was right when he said that  “the degree of civilization in a society can be judged by entering its prisons,” then journalist Shane Bauer wants us to know just how uncivilized we are. More importantly, in his new book American Prison: A Reporter’s Undercover Journey Into the Business of Punishment, he wants to expose the truth of the private prison industry’s inhumane treatment of prisoners for the sake of boosting profit margins. The result might be the most important book about criminal justice in the United States since Michelle Alexander’s The New Jim Crow.

Shane Bauer, a journalist for Mother Jones Magazine, wanted to literally give the inside story on how private prisons are run. He applied for a corrections officer position at Winn Prison, run by the Corrections Corporation of America, which has since rebranded itself as CoreCivic. During the four months he worked in Winn, Bauer covertly recorded thousands of hours of audio, including conversations with prisoners, guards, and supervisors. The results are both sickening and revelatory.

It is obvious how little CCA cares about rehabilitating the inmates it is paid to incarcerate. The company is far more interested in maximizing its profits, often failing to provide prisoners with educational opportunities, recreation, or even adequate nutrition and healthcare. Bauer notes that inmates are not protected from each other, and that inmates who stab other inmates typically are neither charged with a crime nor shipped to a higher security prison.

Even in the case of an inmate suicide attempt, CCA’s priority is monetary, frequently classifying such attempts as “self-mutilation,” a distinction that allows the company to charge the inmate for a hospital visit.  CCA even seems apathetic about the possibility of prisoners breaking out of prison, with one inmate’s escape going unnoticed for hours due to unmanned watchtowers. The only active step CCA ever seems to take is to avoid liability in the case of an inmate death.

Bauer also depicts his fellow correction officers as cruel and callous. The prison is perpetually understaffed and the CO’s are barely paid more than minimum wage. The only seeming benefit of the position is the potential to abuse the power granted to them over prisoners, a power endorsed by those in charge. “If you are an officer and you do something one hundred percent wrong,” says one of the CO’s training Bauer, “I’m going to take your side right on the spot.”

Dehumanizing the inmates is specifically encouraged; at one point the prison’s assistant warden says that the goal of the CO’s is to “institutionalize” the prisoners, and that “We don’t want them to feel as though they are individuals. We want them, for lack of a better term, to feel like a herd of cattle.”

American Prison is a damning exposé, but the most compelling aspect of its narrative is the emotional challenges Bauer relates during his time as a CO. The psychological toll that working in a prison takes is immense, which explains why the rates of PTSD for prison guards is higher than for soldiers returning from Iraq or Afghanistan. “This job will drive you to drinking,” Bauer’s captain says to him.

Laced throughout the book is a history of the prison industry in the United States. Penitentiaries began as an alternative to hanging or whipping a convicted felon, and as early as 1825 states were leasing their prisoners out to serve as cheap labor for private companies. But two events, a century apart, were responsible for the two biggest booms in the incarceration rate. The first was the end of slavery, when Southern states began to use prison labor as a replacement for slave labor, and created laws designed to imprison swaths of African-Americans. The second was the War on Drugs of the 1970s.

When incarceration rates skyrocketed due to aggressive policing and extreme mandatory minimums for drug possession, states sought a way to expand their prison systems without taking on new debt, and newly created private prison corporations like CCA stepped in to fill that void. T. Don Hutto, co-founder of CCA, was also the head of the American Correctional Assocation, the largest private prison association in the country, a position he used to push for privatization.

By giving us a ground-level view of the deeply dysfunctional private prison system, as well as giving us the context for its rise to prominence, Bauer helps us understand that mass incarceration in America isn’t interested in rehabilitating prisoners and preparing them for life after prison. In fact, it has always valued profits over people. Equally horrifying and heartbreaking, American Prison is the wakeup call we need to finally reign in the practices of private prisons, and to overhaul our entire system of mass incarceration.