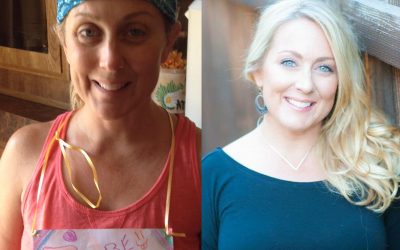 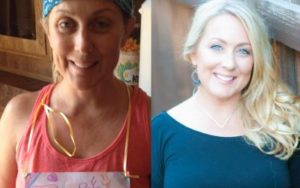 I was pleased to see in Dr. Sanjay Gupta’s April 2018, Open Letter to Attorney General Jeff Sessions, in which he addressed how medicinal marijuana could help us work our way out of the opioid epidemic. It was Dr. Gupta’s plea to Attorney General Sessions that inspired me to share my own story. If I had known in 2009 and 2014 what I know now about cannabis, my recovery from brain surgery would have been much different.

In 2005 the onset of migraines, vision problems, and pituitary dysfunction led to the discovery of a Rathke’s cleft cyst (RCC) in my brain. A Rathke’s cleft cyst is a benign growth that develops between the parts of the pituitary gland and the base of the brain. In 2009, after four years of increasing migraines and worsening symptoms, I decided to have the RCC removed by a neurosurgery team at the University of Colorado Hospital in Denver.

The recovery was painful and took longer than I anticipated. My doctor prescribed me Oxycontin (oxycodone) for pain management. The Oxy successfully took the edge off the pain, but it also made me itchy, nauseous, constipated, irritable, and wholly unable to function normally. I had also heard stories of how addictive the medication could be as well as stories of accidental overdoses, and these concerned me.

After about one week, I decided that the side effects were too much to manage, and I stopped taking it, only to be met with overwhelming pain. The Tylenol (acetaminophen) I was taking was not enough to manage the level of pain I was experiencing. I went back on the Oxycontin for another two weeks and battled through the side effects before finally deciding to quit Oxy once again and push through the remainder of my recovery with Tylenol only.

By 2015 the hardest part of my recovery from this, and a second surgery, was behind me.  I was able to move away from relying on prescription pain medications to manage my migraines. I returned full-time to my position as a health and special education teacher at an alternative high school in Colorado, where I worked with youth ranging in age from 14 to 18 years.

In 2014 the sale of recreational marijuana began in the state of Colorado, and when I returned to work after surgery my students had a lot of questions about marijuana. They did not understand the differences between medicinal and recreational uses or products, and quite frankly neither did I. One student asked if a child who was using cannabis for treatment of epilepsy was also getting high, and I didn’t know the answer. I was frustrated by the lack of updated and accurate curricula to address all of these issues appropriately.

My coworker and I set out to create science-based youth marijuana prevention curricula that addressed marijuana as a legal substance and differentiated between medicinal use and recreational use as well as recognized the important differences between adult use and use during adolescence when the brain is still developing. We spent a year learning from and working with specialists in various fields to develop our programs. What we learned reshaped our educational approach to prevention but also reshaped my personal approach to pain management. We were able to move away from the egg-and-frying-pan scare tactics into the world of science- and research-based educational practices.

In 2016, still suffering from periodic migraines largely a result of my previous brain surgeries, I decided to put to use my knowledge about cannabis, the endocannabinoid system, and the compounds THC and CBD to see whether I could find a better form of migraine prevention and migraine pain management.

Not a fan of smoking, I researched tinctures and edibles, working to find a THC and CBD balance that was effective for me. Ultimately, I found a form of cannabis-based pain management that works better and more consistently than any of the prescription painkillers I have taken since 2005. By and large I am able to treat my migraine pain with high CBD cannabis-based products without suffering any side effects.

I have two teenage daughters, and I don’t hide from them the fact that I use medicinal marijuana to treat my migraines. Instead, I use it as an opportunity to talk with them about the important differences between my brain (as an adult) and their brains, which are still developing. We also talk about the medicinal uses of cannabis such as in treating childhood epilepsy and how that differs from recreational use. Had I known prior to my brain surgeries what I know now, I would not have had to choose between extreme pain and extreme Oxycontin side effects. I could have used cannabis as a form of pain management instead.  This is an option that should be afforded to everyone.

Sarah Grippa is a high school teacher in Colorado and the Co-Founder of the Marijuana Education Initiative.