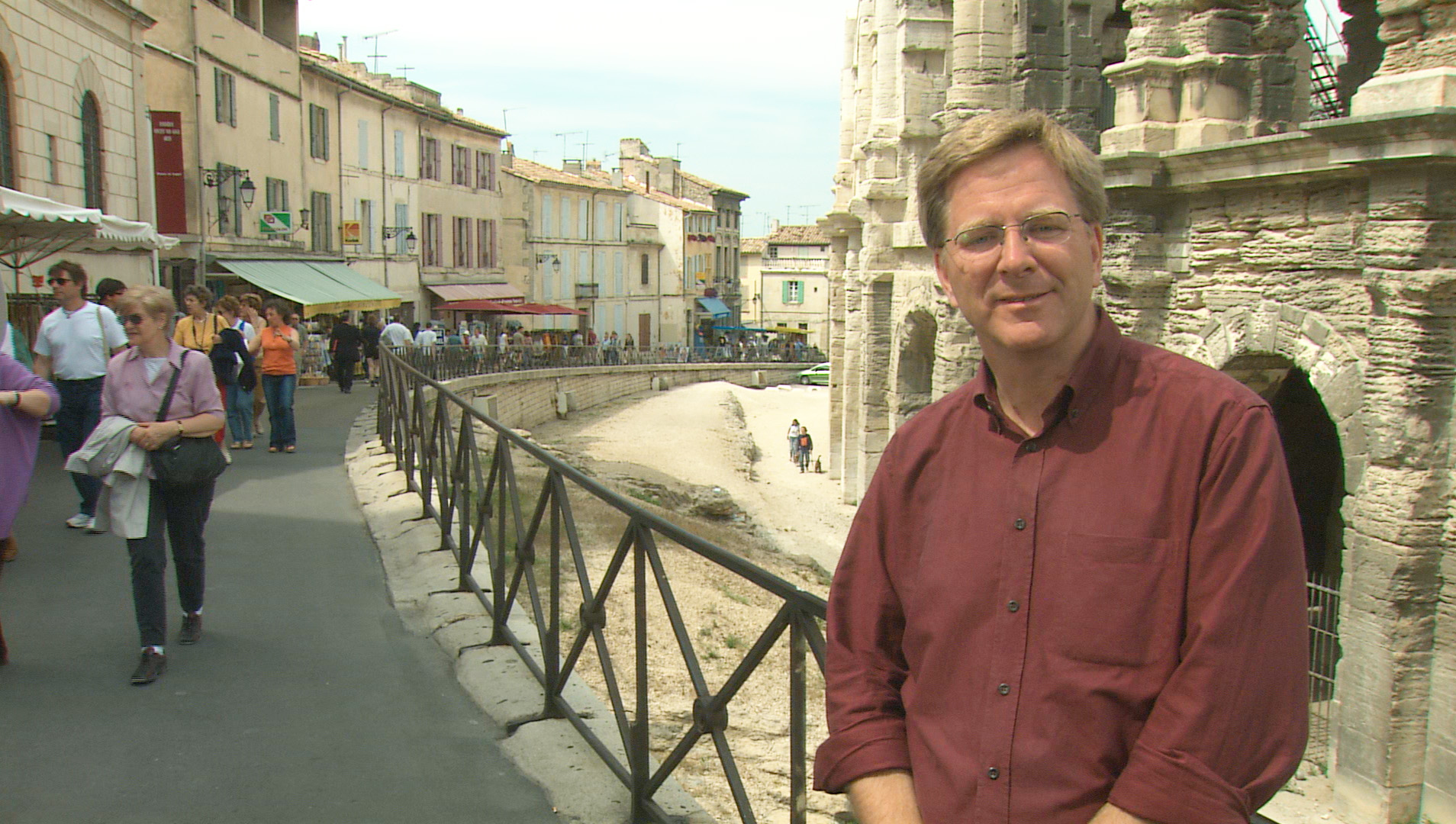 On Monday evening, Nov. 27, Rick Steves spoke at a private reception.  On Tuesday morning, he held a press conference and then testified before a joint hearing of state legislative committees on marijuana legalization and economic development. Here are excerpts from these events.  Transcripts of the complete remarks are available upon request.

In Washington State marijuana is legal and the sky is not falling.  I’m a friend of our Governor, Jay Inslee, who wanted nothing to do with this. He was elected the same day we legalized marijuana and now he understands what it is.  He’s so thankful we are not arresting 10,000 people a year.  He so pleased that we’ve taken out much of the black market. And he’s getting to used to $300 million in additional revenue.

The black-market industry rivaled apples in my state, and if you know how big apples are in Washington, that’s a big industry. It was empowering and enriching organized crime and gangs, and we dismantled it.  We’ve turned it into a highly regulated, highly taxed legal market employing 26,000 people, especially in rural areas where we can use the employment. We’ve been able to redirect precious law enforcement resources away from petty pot issues to serious crime.

In 2013, James Cole of the U.S. Justice Department made this memo with very clear points: we’re going let you try this, but if you break our rules, you can expect to be busted by the federal government: keep it away from children, keep the criminals out of the business, keep out leakage from neighboring states, be very strict about safety on the roads, no pot in federal property and so on, and don’t let it be a cover for other illegal drug use.

In Washington State, we have been very shipshape about making sure the Cole Memo is satisfied. Consequently, we actually have banking now in our state.  About 95% of our money is not cash.

I spend a third of my whole life hanging out in Europe.  They cannot imagine how in the United States 70,000 people are in jail today for non-violent marijuana crimes. “How can you arrest 700,000 people?” they ask. “You Americans lock up 10 times as many people per capita as we do here in Europe. Either you have inherently more criminal people or there’s something screwy about the laws.”  They look at us and they say, “You guys are just crazy about legislating morality.”

IMPACT OF LEGALIZATION ON MARIJUANA USE

I’ve been at this, as I mentioned, for 15 or 20 years and it’s always difficult to get statistics because people who generate statistics have an agenda. We have a thing called the Healthy Youth Survey that our government does in our state. It interviews 200,000 students between sixth and 12th grades every year on their lifestyle choices and their challenges and drug use and all those kinds of things.  Since 2012, teen use has stayed the same in our state.

You drive into town and you see the marijuana signs. It seems like it’s less forbidden. Perhaps that makes it less sexy for the kids. Also, remember of that $300 million we’ve generated in tax revenue, a good portion of it is earmarked for education and drug prevention programs.

A big issue for me is the racism embedded in our prohibition.  When I was doing this in Washington State an individual from law enforcement was assigned to trail me when I gave my talks.  We became friends.  We went to dinner one night.  He said, “I disagree with everything you say except for the civil liberties thing.” Later he asked, “Why are you so passionate about this? Rick, you’re comfortable here in suburban Seattle, you can smoke pot for the rest of your life and never get in trouble.” I said, “That’s exactly it!   A rich white guy won’t get arrested.  It’s poor kids, it’s black kids.” It is just pathetic – the racism behind this law, and now people are starting to stand up.

In the first 57 years of my life I had never been hugged by a big, black, Baptist minister. After we legalized, I’ve been hugged by lots of big, beautiful, Baptist ministers.  Now leaders in the black community know how drugs have ravaged their communities. What they’re learning is it’s not the drugs that are so devastating, it’s the fact that it is criminal to use those drugs.

People are going to say that marijuana is a gateway drug.  Europeans have taught me that the only thing ‘gateway’ about marijuana is when it’s illegal, you got to buy it on the street from some criminal who is not going card you, and who is going to offer you something that’s more addictive and more profitable.

DUIs are a very important concern.  In Washington state, we were not a pro-pot law, we were a public safety law. That’s why we got the endorsement of law enforcement. We had very, very strict DUI considerations in our law. It was so strict that our main opposition was from the left, not from the right.

I don’t know anybody who believes that if somebody is driving intoxicated by anything – pills, marijuana, alcohol – we shouldn’t throw the book at them.  But I don’t think there’s any real evidence that shows in any state — medical, legal, or no marijuana — a correlation between those states and safety on the roads.

There are all sorts of people looking for an excuse to discredit this legalization movement, whose job is to be in the opposition.  They can spin examples and say, statistically, “Look it, there were two more accidents in this county than before, fatalities have doubled.”  But if you look at the broad picture, there’s no indication that medical or legal marijuana states show any difference from states that have not taken these steps.

Portugal and the Netherlands initiated their liberal policies on marijuana in order to deal with a serious opioid problem. After they got rid of their dictators, it was just a free for all. They had a horrible problem with hard drug addicts.  They decided to take the marijuana out of the equation and focus on hard drug addiction. Their marijuana use has stayed the same, they do not have any drug tourism, and their hard drug addiction populace has been cut by 50%.

If you’ve been to Amsterdam to see that neighborhood, it was a no-go zone when I was a kid traveling in the Netherlands.  It was just completely owned by the hard drug dealers. Now, it’s gentrified, there are beautiful restaurants and cafes and there is a coffee shop on the corner. They’ve taken the marijuana off of the streets, they’ve turned it into legitimate businesses and they have targeted their hard drug-addicted population very successfully.

You can learn about our prohibition against marijuana when you look at how we struggled with the prohibition against alcohol back in the ’20’s and ’30’s. Mayor LaGuardia of New York said, “When a society has a law on the books that it does not intend to enforce consistently across the board, the very existence of that law erodes respect for law enforcement in general.”

Take away the black market and generate tax revenue, then you can get your police to focus on serious problems instead of running down petty pot smokers and you can save a lot of money in law enforcement on top of the tax revenue.

MARIJUANA AS HEALTH NOT A CRIMINAL ISSUE