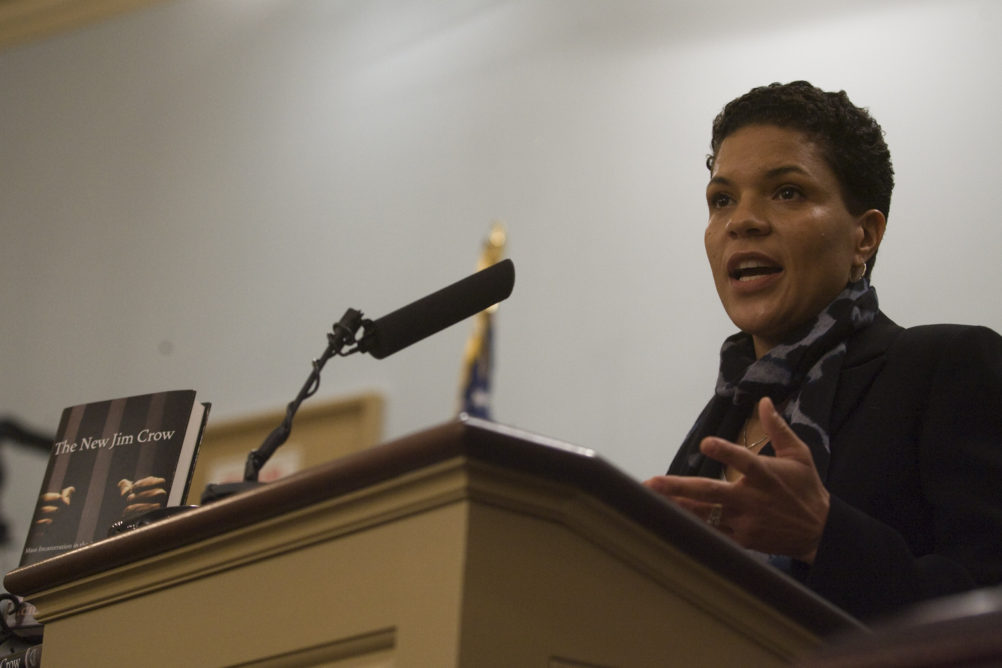 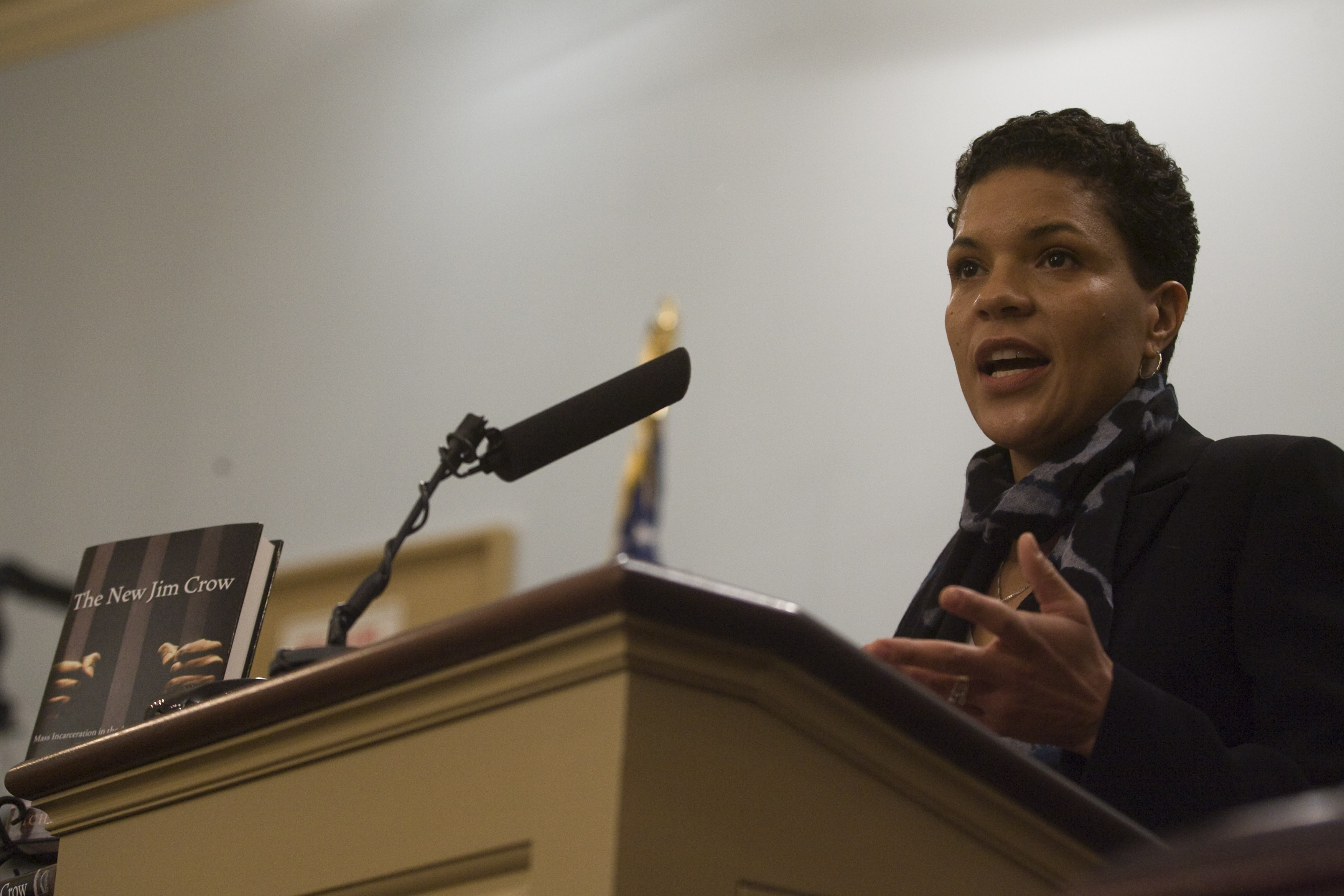 Following are key excerpts from the full text, available here.

In so many ways this is the best and worst of times for drug policy reform.  There has been an extraordinary tidal wave of … successes—mind-blowing victories for marijuana decriminalization and legalization, due in no small part to the brilliant and strategic advocacy of people in this very room.

And yet, … in the very same moment, we face an unprecedented drug crisis in this country. Drug overdoses are at a record high, making the crack epidemic seem somewhat mild by comparison. America has 4% of the world’s population and 27% of the world’s overdose deaths. …

There is an outcry over the opioid crisis, but it’s relatively new considering the magnitude of the crisis.  And I know that I am not alone in being struck by the drastic difference between the two recent drug epidemics that have swept this nation—opioids and crack [cocaine].

The crack epidemic killed just a tiny fraction of those who are dying of opioid overdoses today.  And yet a literal war was declared on the users of crack—a purely punitive, militaristic war.  Today the opioid crisis is much, much worse.  And yet there is no wall-to-wall media coverage demonizing and shaming opioid drug users and dealers.…Things are very, very different this time around, and we all know why.  Whiteness makes the difference. If the overwhelming majority of the users and dealers of opioids today were black rather than white, we wouldn’t have police chiefs competing with each other over whose department is showing more compassion for people struggling with drug addiction…

I’m concerned about the cyclical nature of reform and retrenchment in this country, particularly with respect to race. The great legislative victories for legalizing marijuana in several states did not occur in a vacuum.  They occurred on the very same night that Donald Trump was elected President of the United States. …From where I sit, there is no paradox, no mystery at all. There is a common denominator underlying both this drug reform victory and the election of Donald Trump. It is called whiteness.

While some may argue that the racial justice gains of the Obama election were symbolic, the symbolism was powerful, and deeply disturbing to millions, inciting an electoral backlash that we should have seen coming. …

The movement convened right here in this room stands at a critical crossroad.  What happens in the months and years to come will likely determine whether our movement succeeds or fails in the long run. And I don’t think it is an overstatement to say the path we ultimately choose may have enormous implications for the success and failure of our democracy as a whole. …

I want to challenge all of us here today to think big, to go big, or stay home.  Let’s be reckless, throw caution to the winds?  Not at all.  But I say … we must begin to think bigger—much, much bigger, beyond drug policy—and consider more carefully how drug policy fits into the bigger picture of American democracy.  Any victory that is dependent on whiteness in whole or in part is truly not a victory for us all.

For some advocates, making race central means quoting a lot of racial disparity data. It means posting to social media the latest, most horrific thing that Donald Trump has said. I’m not a fan of this approach.  Nearly all of the available research shows that merely sharing racial disparity data without a great deal of political and social and historical context, and lots of story-telling, only confirms pre-existing racial stereotypes and biases. …

Mark Mauer, in his excellent book Race to Incarcerate, provides data showing that the most punitive nations in the world are the most diverse.  The nations with the most compassionate or the most lenient criminal justice policies are the most homogeneous. We like to say that diversity is our strength; it may actually be our Achilles heel.

Can we evolve morally and spiritually to learn to care for each other across lines of race and class, gender and sexuality, across all forms of difference?  Clearly, these questions are pressing in the Age of Trump.  These are also the very questions that we must be asking regardless of who is president.

The good news is that this drug policy [reform movement] presents incredible opportunities for reimagining what our democracy can and should be. We have the opportunity to educate people of all colors about how our racial history defines us all.  We have the opportunity to demonstrate how the same forms of racially divisive politics that helped to birth the drug war and mass incarceration are playing out all over again in strikingly similar fashion, this time leading to a system of mass deportation on a scale rarely seen in human history.

Few issues, few causes, few movements provide a better opportunity to practice reparation. We have a lot to learn.  As a nation, we don’t have a lot of practice repairing historical harms caused to poor people and people of color.  But we can get started in a real way in this movement, right here and right now.

Finally, this movement gives us a chance to talk about capitalism, our culture of ruthless competition and individualism, its possible role in creating so much of the despair that makes the United States the world leader in drug addiction as well as incarceration.

If we choose to think big, really big, and deliberately align our drug policy with the larger work of building a thriving multiracial, multiethnic democracy that truly honors the lives of all of us, a world of possibilities begins to emerge.  Suddenly we’re not just fighting isolated drug policy reform battles anymore, we’re steadily building the foundation for a new way of life together.

I hope and pray that one day when the history of this movement is written, that it will be said that we, those of us in this room today, vowed to do more than win kinder, fairer, more compassionate drug policy.  Instead, we committed ourselves to a revolution, to placing racial justice at the center of our world, and committed ourselves with all the courage we can muster to building a New America.