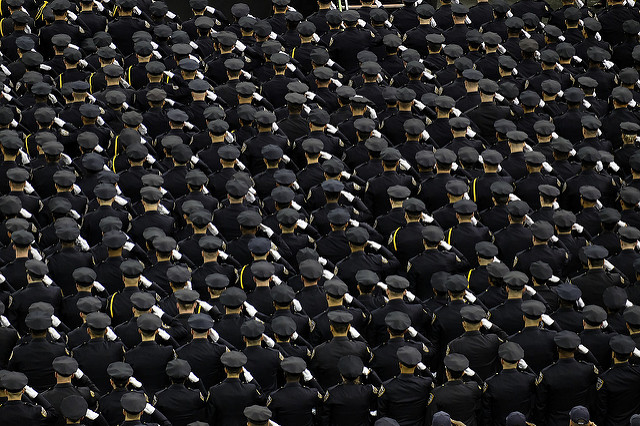 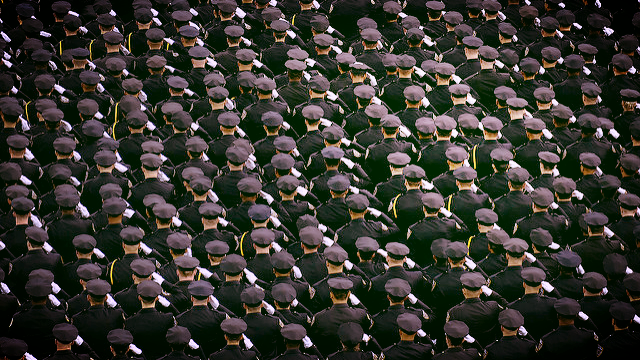 In the previous post, former police officer Brian Gaughan describes why he resigned after 11 years rather than perpetuate the War on Drugs. Here Executive Director Rev. Alexander Sharp reflects on what his experience might tell us about law enforcement in the future.

Several years ago I asked a distinguished Illinois suburban police chief whether he might support medical marijuana. I still remember the hiss in his voice as he replied: “It’s not medicine, it’s just a weed.”

Since that day, 29 states including Illinois, covering over half the U.S. population, have legalized medical marijuana. The same thing is happening with other drug laws: 21 states have either decriminalized or legalized marijuana. The decriminalization of all drugs was introduced in one state legislature this year.

As these changes unfold, law enforcement persists as the greatest obstacle to drug policy reform. In every state I have visited in the last two years — Arizona, Connecticut, Maine, Maryland, Rhode Island – prosecutors and police chiefs have opposed marijuana legislation.

When will law enforcement realize that the War on Drugs is based on false principles and cannot be won as currently conceived? Indeed, that it is an Unjust War.

There is a lot to overcome. Starting with their first days in the police academy, law enforcement officers are trained to fight illegal drugs. As Rob Kampia, head of the Marijuana Policy Project, has noted, once on the job they do not “spend much time reading medical studies or public policy analyses and they generally don’t have much knowledge about the issue beyond how it directly affects their jobs.”

What follows, according to Kampia, is “Cognitive Dissonance: it’s hard for any person to change his or her political opinion after years of believing that opinion. So you can imagine how it would be even harder to change your opinion on an issue after to you’ve ruined the lives of hundreds or thousands of people by arresting them on that issue.”

But consider the following: 15 years ago, several police officers decided that the War on Drugs was doing more damage than good. They started Law Enforcement Against Prohibition (LEAP). Today this organization has broadened its agenda to include diversion and sentencing, harm reduction, police-community relations, and other issues. LEAP has over 5,000 members, including a speakers bureau of 150 current and former law enforcement officers who oppose the Drug War.

In 2015, the police chief of Gloucester, Massachusetts, was horrified by three opioid overdose deaths in his community in just a few weeks. He went on Facebook promising addicts that if they came into the police station and turned over their paraphernalia, he would not arrest them. Instead, he would help them find treatment. Today initial step has become a national movement of 300 police chiefs in a group called Police Assisted Addiction and Recovery Initiative (PAARI).

Brian Gaughan has it right: “Addicts should not be arrested, they should not be incarcerated. It’s a medical issue. When law enforcement starts to get involved in a medical issue, then we have problems.” More broadly, drug policy reform is, most fundamentally, a health, not a punishment issue.

Will this principle ever carry the day, so that officers can perform their responsibilities, even when it involves drug laws, without being at war with the communities they seek to serve? This will not happen quickly, if only because the federal War on Drugs bureaucracy which President Reagan put in place almost 40 years ago is so deeply entrenched.

But I can picture a time when the slogan “No More Drug War” has become a reality, Attorney General Jeff Sessions notwithstanding. When this is finally the case, let us remember with gratitude the founders of LEAP and PAARI, and the conversion of Brian Gaughan, to whom, perhaps like Saul on the road to Damascus, it was given to “see the light.”