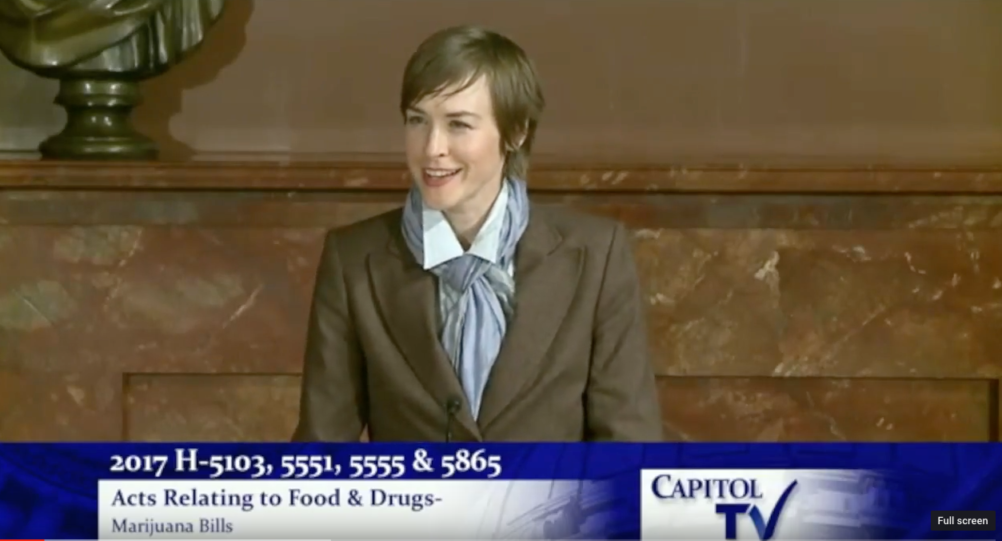 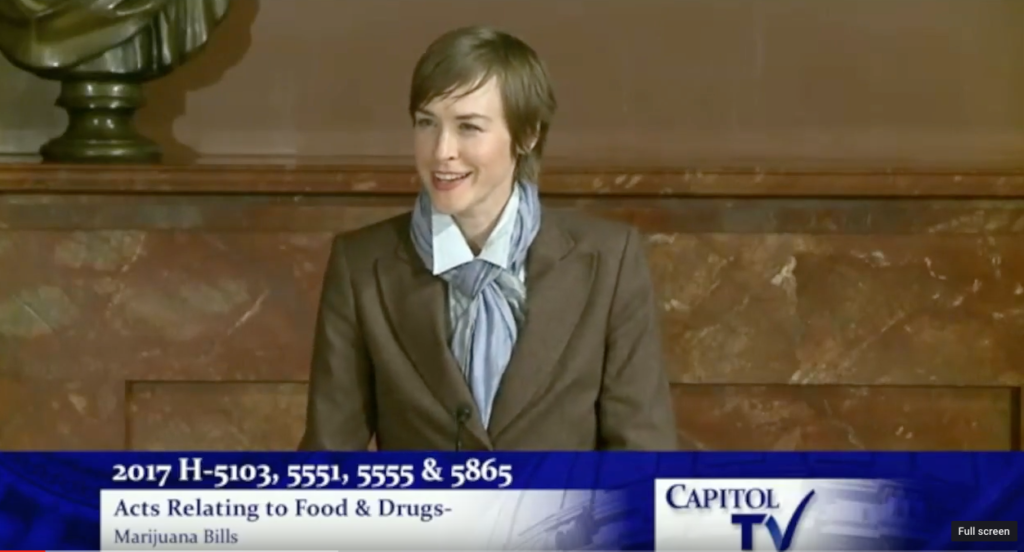 On April 11, Rev. Jamie Washam, Pastor of the First Baptist Church in America, testified before the House Judiciary Committee in support of legislation to tax and regulate marijuana in Rhode Island.

The following is a transcript of the testimony provided by Rev. Jamie Washam before the House Judiciary Committee of the  Rhode Island General Assembly. Video of the testimony is available via YouTube.

I am a pastor and minister of First Baptist Church in America, the church founded by Roger Williams in 1638, and I’m here in support of House Bill 5555.

When Roger Williams founded Rhode Island, he initiated a lively experiment. He afforded legal protection for concepts that were seen as heretical at the time, which we now embrace as rights in a common and dignified society. In the 1633 colonial charter on display in this statehouse, Rhode Island was established as a place of religious liberty and freedom of conscience. It is in this spirit that I stand in reforming our existing drug policies.

One need not use marijuana or even approve of marijuana to see that our current laws are ineffective and unjust. It is time to move beyond a culture of punishment to one that reduces harm, respects and restores the dignity of all persons, and re-establishes Rhode Island as an example to other communities.

We have the opportunity here in Rhode Island to be the first state in the union to pass legalization through legislative action. I urge you to stop tabling this for further study. It’s been studied. I urge you to bring this to a vote this session.

The War on Drugs has failed in its stated objectives. Its legacy is one of broken communities, missed opportunities, and overextended criminal justice systems. People charged with marijuana charges continue to face lifetime consequences in terms of housing and job prospects.

The proposed legislation in House Bill 5555 would allow for the expungement of criminal records. It would free up people who have already paid their debt to society to get on with their lives.

“It is time to move beyond a culture of punishment to one that reduces harm, respects and restores the dignity of all persons…”Rev. Jamie Washam

We know that institutional racism infects our criminal justice system. From its inception, the War on Drugs sought to conflate race and crime in the public mind for political purposes. Current policies only continue to perpetuate this injustice and these lies.

Black Rhode Islanders are two-and-a-half-times more likely to be arrested for marijuana offenses even though usage rates are the same across racial lines. Even with the enactment of decriminalization, there were still more than 1400 marijuana-related arrests in the state from 2013 to 2014.

It’s disingenuous to suggest that you can possess something while it’s still illegal to procure it. Even making the argument for decriminalization is nonsensical. We know that if [individuals have marijuana], they have procured it illegally, so there’s always going to exist a market of people who are subject to the criminal justice system.

Legalizing and regulating would address a lot of the issues about access for youth. It would make our communities safer. Illegal marijuana is the foundation for criminal markets that operate in every community in our state. A regulated market will protect our young people and other citizens in ways that prohibition, or even decriminalization, cannot.

When people of any age seek to purchase marijuana in the underground market, they are often exposed to and encouraged to purchase far more dangerous substances. Legalization breaks the link between marijuana and more dangerous drugs by shifting sales of marijuana out of the criminal market and into regulated businesses that check IDs for age and will generate needed tax revenue for health and educational services. Marijuana use is a matter of public health and not criminal justice.

I’m a follower of Jesus, and as I read scripture, Jesus never threatened arrests and jail. He reached out, he listened. He spoke about mercy, about forgiveness, healing, and reconciliation. As civil rights author and lawyer Bryan Stevenson observed this past Saturday, here in Rhode Island, “If you saw an alcoholic go into a bar, you wouldn’t call the police, you’d call their sponsor.”

And so I urge you to treat this as the health issue that it is, not a criminal justice issue. It’s time for Rhode Island to move beyond unhelpful and punitive measures and create a more just and effective drug policy. A regulated drug market reduces crime and allows our police and court system to focus on much more urgent priorities.

My faith calls me to pursue the respect and dignity of all persons. It’s time to regulate and tax marijuana in the same ways we currently regulate and tax alcohol, and to stop the shaming that goes along with it.