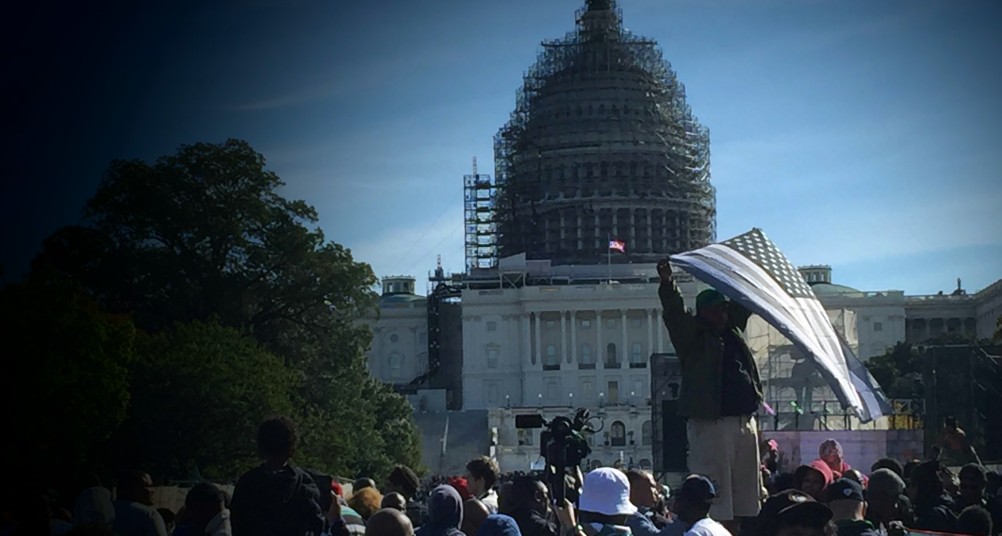 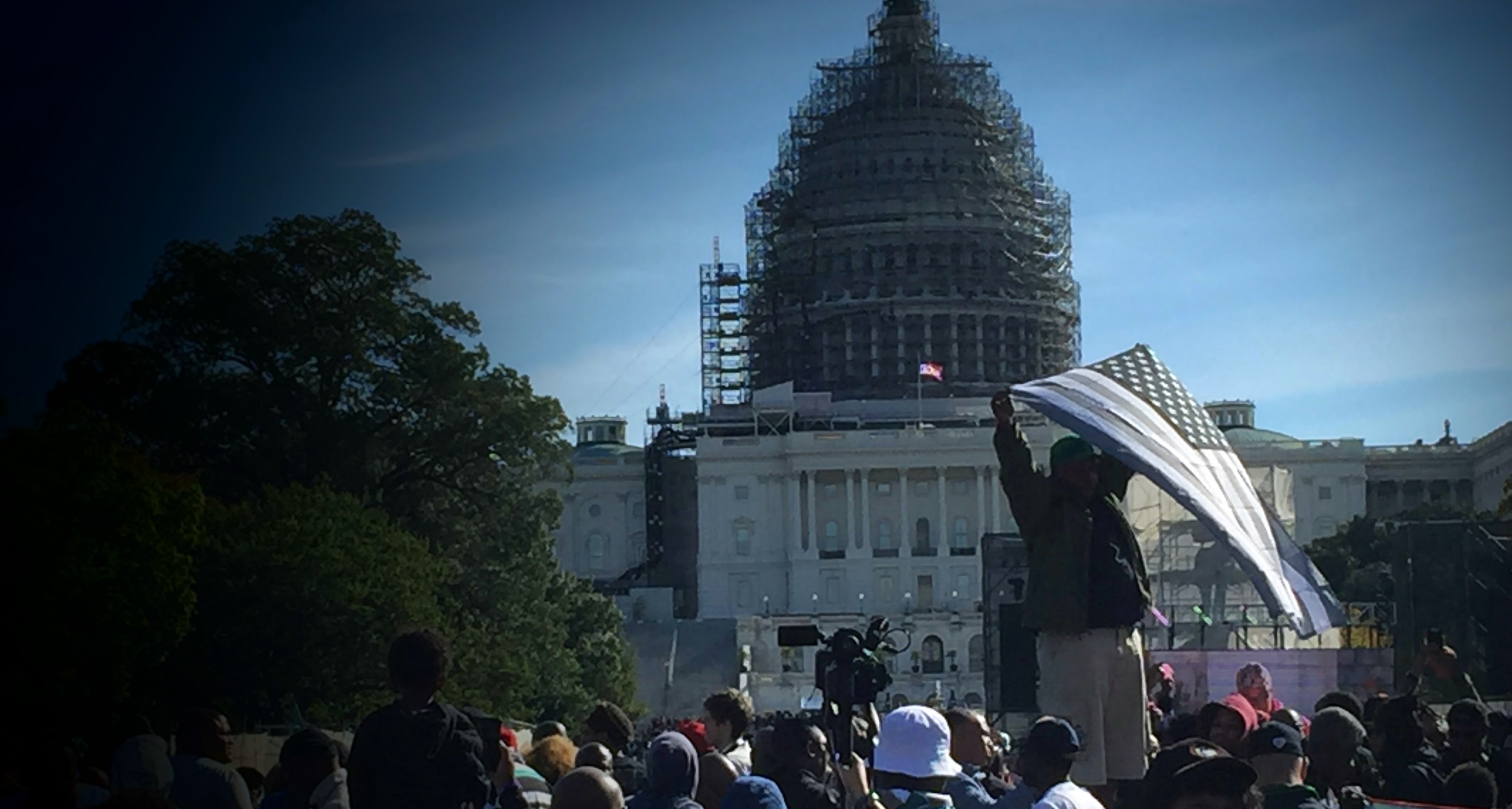 The Million Man March, October 10, 2015. A man holds a faded American flag, symbolizing America failing its citizens and existing in a state of faded glory.

Rev. Saeed Richardson has pastored for over 10 years in AMEC and Non-Denominational Churches in NC & VA. He came to Chicago in 2010 and currently serves as Ministerial Associate at the Faith Community of St. Sabina.

“People know about the Klan and the overt racism, but the killing of one’s soul little by little, day after day, is a lot worse than someone coming in your house and lynching you.”  While these words may come from an unexpected source, the actor Samuel L. Jackson, how true do they ring in today’s regard; how true it is that Black souls dismantled day by day, before our very eyes.

An Illinois Civil Sanctions Bill would eliminate arrest and jail time for simple possession of marijuana in Illinois. It reduces the charge from a criminal violation to a civil violation, like a traffic ticket.

This bill is not about morality of usage; this is not a critique of health benefits; it is not a commentary on any of these issues. It is about acknowledging that the current system in place overtly, historically, and systematically targets a particular demographic of people living in particular areas; a demographic that looks like me, my wife, my children, and those communities I’m called to serve; a demographic often, but not exclusively, living in those areas of the city suffering under the blight of joblessness, lack of quality education, and access to economic opportunity; a demographic that suffers under a New Jim Crow reality. A reality that grants a single law-enforcement officer the opportunity to destroy the present and future of an individual with the stroke of a pen over paltry amounts of marijuana.

Wasteful spending on marijuana prohibition costs the state of Illinois $150 to $207 million in expenses for the police, judicial system, and Department of Corrections; an amount that could provide salaries for over 3,000 teachers, provide day care services for over 16,000 children a year, or feed over 2,000 families annually.

In light of all our state is experiencing financially, now is the moment to begin putting our time and energy into issues that are of significant concern to our state, not those disproportionately killing the souls of Black & Brown folks, little by little.