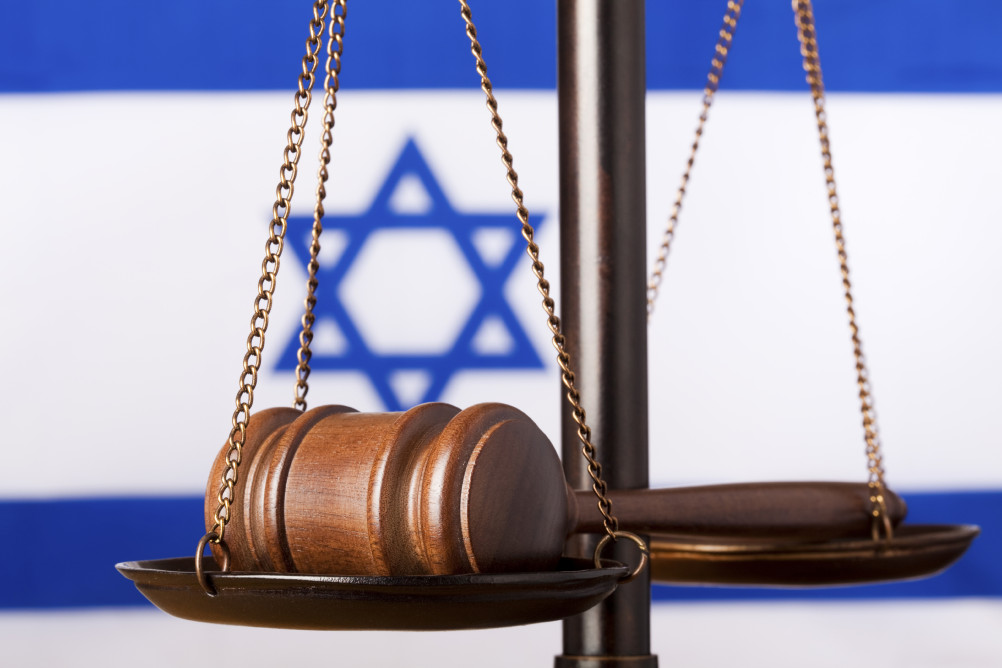 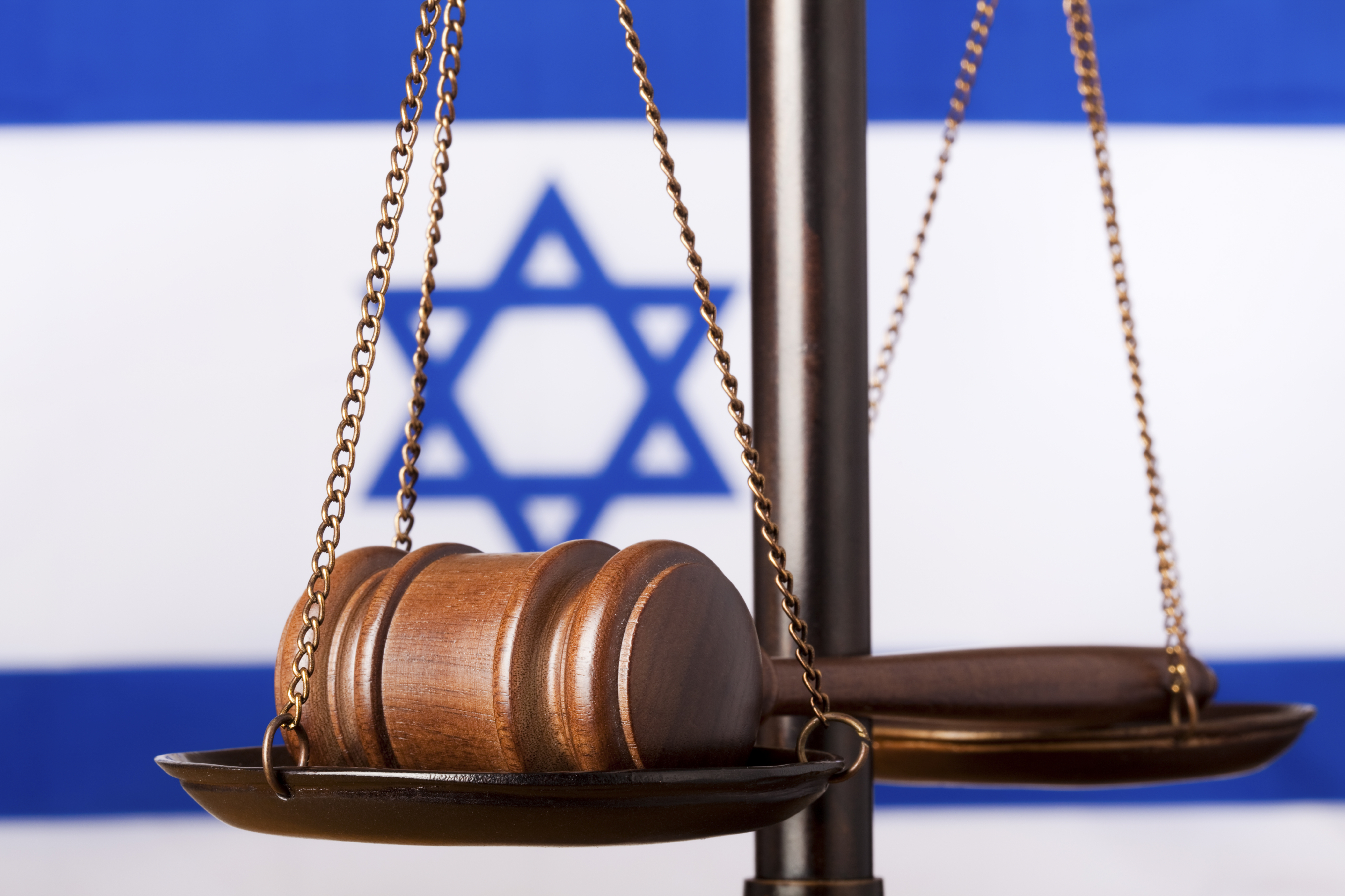 Our guest blogger, Rabbi Dr. Rachel S. Mikva, is the Herman Schaalman Chair in Jewish Studies at Chicago Theological Seminary and Director of the Center for Jewish, Christian and Islamic Studies.

Suddenly there’s bipartisan enthusiasm for criminal justice reform. Forty years after liberal and conservative forces joined to restrict discretionary sentencing, thirty years after launching a futile war on drugs, twenty years after a Democratic president signed the “three strikes” law, the winds are shifting. It is still politically dangerous to be seen as soft on crime, but “smart on crime” is in. We now talk about public safety rather than law and order.

Why the change of heart? Governments are reckoning with the enormous financial burden of housing over two million people in county jails, state and federal prisons: eighty billion dollars a year that is surely needed elsewhere. Leaders are struggling with the economic and social legacy of a nation that claims 5% of the global population but 25% of the world’s prisoners.

For juvenile and minor drug offenses, they are turning increasingly to diversion programs that focus on treatment, community service and other ways to avoid imprisonment. Red and blue states are exploring policy reforms throughout the incarceration lifecycle, from bail to parole. Some have decriminalized marijuana or “banned the box” on employment applications. On the federal level, there appears to be broad support for the REDEEM, CORRECTIONS and Smarter Sentencing Acts. These proposals advertise cost-cutting priorities but, for a limited range of non-violent crimes, they also allow more criminal records to be expunged, reinstate public assistance eligibility for recently-released individuals, invest in re-entry projects to reduce recidivism, offer time credits toward release, and reduce mandatory minimum sentences.

While progress is slow and not everyone is happy about the shift in direction, these developments could yield major improvements in U.S. policy regarding illegal drugs. To sustain the movement toward a more humane criminal justice system, however, it needs more than economic impetus. It needs to be grounded in our deepest values.

I say throw the book at them – the “Good Book,” that is. The Bible is not an appropriate instrument for establishing 21st-century law. Still, we will find that the Good Book is a better book than we might think for thinking about justice—not as a set of policy prescriptions, but as a catalyst to deepen our national conversation about the meanings and methods of a just society.

As a rabbi and scholar of biblical interpretation, I tire of careless reading of Scripture that reduces this complex collection to a single idea and a static meaning. It seems inevitable that someone will trot out “an eye for an eye” when defending state-sponsored retribution, even if they don’t know the Bible very well or thump it very often. Many people have no more contemporary language to grapple with the profound challenges of securing justice within society. Often it simply marks a more general conviction, enshrined in our legal system, that punishment is almost always the right response to violation.

The paucity of popular discourse is evident when you look in the dictionary. Online, Merriam-Webster’s primary definition of justice is “the process or result of using laws to fairly judge and punish crimes and criminals.” Is that really all there is to it? Contrary to our own meager vocabulary, Hebrew Bible presents at least four significant approaches to justice: retributive, restorative, distributive and procedural. A brief overview of these terms might be helpful:

Retributive justice focuses on punishment as a response to violation. It is also assigned a deterrent effect, and incapacitates the perpetrator so that s/he cannot do it again. Restorative justice emphasizes repairing damage, restitution, taking responsibility, rehabilitation, and restoring relationships.

Procedural justice aims for fairness in the processes of decision-making. Distributive justice sets as its goal the equitable distribution of resources to all members of society, even if it means violating some aspects of equal treatment under the law.

Politics in the United States generally considers these as a pair of binary choices: We support either retributive or restorative methods of justice. We measure fairness by either distributive or procedural means. In Hebrew Bible, however, they are all required.

Fundamentals of procedural justice are established through Torah law: equal justice, direct justice, proportional response, fairness in adjudication. Citizen and stranger, rich and poor—all are to be treated equally (e.g. Ex 23). Yet distributive justice is also legislated: portions of one’s field and a tithe for the poor; special protections for the widow, orphan and stranger (e.g., Ex 22, Lev 19, Deut 24, 26); release of debts in the sabbatical year (Deut 15); and a redistribution of wealth in the jubilee so that society does not allow the growth of a perpetual underclass (Lev 25).

We do find “an eye for an eye,” but we also find restorative justice. Sometimes it seeps subtly through a verse: You shall not hate your neighbor in your heart. You should surely reprove your neighbor, but incur no guilt because of him (Lev 19:17). Maimonides and Nachmanides, two Jewish medieval scholars, both maintain that it requires we address one who has wronged us, to hold them accountable and to repair the breach. Covenant is the organizing principle of the biblical polity, and becomes the foundation of justice with its mutual obligations and profoundly restorative dimensions.

Biblical legislation and narrative often involve several approaches at once. In case of theft, robbery or fraud, for example, one is required to restore the stolen object, pay an additional amount to the victim, and atone for the trespass against God. Joseph’s dramatic rapprochement with his brothers after they sold him into slavery enables the Divine plan for blessing to unfold, yet it also involves an element of measure for measure. Joseph briefly imprisons his brothers, as he was imprisoned, and forces them to re-experience the loss of a brother, Benjamin. Then Judah offers to take Benjamin’s place in prison or servitude, and everything changes. Joseph is moved to tears; he reveals his identity and reconciles with his family. Restorative justice is not a free pass. It is about accountability rather than punishment.

At one point, Hebrew Bible links God’s choice of Abraham to moral performance: for I have singled him out, that he may instruct his children and his household after him to keep the way of the Lord by doing righteousness and judgment (Gen 18:19). Jewish interpretation discerns two distinct and equally essential approaches to justice in the verse, retributive and distributive. A law-governed society is a place of judgment; we need the rule of law to survive. But law cannot alone create a good society. It must have righteousness (tzedakah), a Hebrew root that has become so linked to the redistribution of resources that can make for justice, it now gets translated as “charity.” If there is no equitable distribution of resources, if people are driven to drugs and crime by abject poverty or lack of opportunity, the law cannot effect justice. Addressing criminal justice requires that we address economic justice—the ways that poverty contributes to mass incarceration, and mass incarceration exacerbates poverty.

What are the ramifications of this foundation for thinking about a new drug policy? Procedural justice condemns discriminatory policing strategies and judicial outcomes for individuals of color. It forbids the devastation of entire communities, with one third of black men incarcerated at some point in their lives. Distributive justice demands that we break the cycles of incarceration with significant investment in social, educational and economic support. Covenantal commitments press us to repair the social fabric rather than punish those who have not actually done us harm. Requirements of measure for measure, so frequently invoked to advocate severity in justice, also insist that people cannot be punished forever with loss of employment opportunity, housing access, voting rights and other forfeitures. In other words, the system we have is not working.

Early interpretations grasped how the diverse modes of justice are inextricably linked. The Mishnah testifies that Jewish law transformed “an eye for an eye” into a system of restorative justice: One is liable to compensate the injured party for pain, for time lost from work, for medical expenses, for any permanent loss in earning potential, and for emotional suffering. No reciprocal eye-gouging is involved (m. Baba Kama 8:1). Redacted in the second century but evidently recounting law that was already in force in the Jewish community, the text is later buttressed by the Talmud which justifies the principle with rather creative interpretation.

The Talmud reimagines the biblical teaching by applying procedural requirements: Since equal justice is essential, there is a special problem with a one-eyed attacker. If you take an eye, the assailant will be blind but the original victim will still be able to see. That’s not equal justice! It’s also possible that s/he might die as a result of the operation, resulting in “life and eye for eye”—a clear violation of proportional response. Taking the argument to the point of absurdity to demonstrate that retributive justice cannot itself fulfill the underlying values of Torah, the Talmud inquires: Can it be equal justice if a small man kills a large one; is the “smaller” penalty sufficient when he forfeits his life? (b. Baba Kama 83b-84a).

Rabbinic tradition expands on other foundational restorative principles: It insists on the reform-ability of human character; it identifies reconciliation between individuals as central to legal redress and affirms the ultimate goal of repairing the community. There is also continuing concern for the poor and the marginalized as a requisite part of fashioning justice. At the same time, the rabbis express an abiding commitment to the concept of reward and punishment.

It is unlikely that the U.S. will completely decriminalize drugs. We can achieve, however, a far more effective and Jewishly resonant policy that emphasizes treatment, restoration, development of opportunities, healing of families and communities.

For the Bible to be fertile soil for cultivating our moral and political understanding of drug policy reform, we will need to embrace its multifaceted, integrated approach to justice. We’ll also need to embrace its ambiguity. It is not a simple collection of prooftexts to be wielded by religious leaders on the right or the left. Redacted over centuries and revealing diverse contexts, perspectives and agendas, its contradictions and dialectical tension serve as a crucible for critical self-reflection. The Bible, which is so good at telling stories, can lead us to consider: What are the stories we want to tell about ourselves?

The content of this blog reflects the views of its author and does not necessarily reflect the views of Clergy for a New Drug Policy.