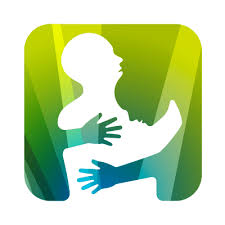 On October 4, 2015, under the banner of UNITE TO FACE ADDICTION, over thousands individuals from around the world gathered on the National Mall in Washington, D. C. to shine a light on the addiction crisis in this country.

The rallying cry was: “Addiction is preventable and treatable. Far too many of those affected have been incarcerated.   People can and do get well. For too long, a great majority of people connected to addiction have remained silent. The time is now to end that silence.”

CLERGY FOR A NEW DRUG POLICY (CNDP) joined over more than 450 organizations as participating partners. We look forward to supporting the agenda of Facing Addiction, the rally’s parent organization. Our goal must be adequate funding for treatment rather than stigmatizing and incarcerating those struggling with drug use.

UNITE TO FACE ADDICTION matters theologically. Why? Its thread is a reconsideration of the Golden Rule from its wisdom in many traditions. It is an extended reflection on the mutuality of the golden rule. It is a welcome addition to the global groan about what drugs, booze, and tobacco do to us. They each take away more than they add. They each cost us billions of dollars in unnecessary suffering, family-by-family, hospital-by-hospital, and emergency room-by-emergency room.

The main thing religious people could do to alleviate unnecessary suffering is to remove the boot from those who are addicted. We could refrain from judgment, joining the Pope and Jesus in asking the question “Who am I to judge.” Or better yet, Jesus’ deft response to the woman’s detractors at the well: “Let whoever is not guilty throw the first stone.”

“Punishmentalism” is what gives religion a bad name. The Republicans may be right that we need more personal responsibility. But before we can be personally responsible, we need to cease being so ‘judgey.’ That is my nephew’s great word for why he doesn’t go to church. “Those people are just too ‘judgey’.” One of my parishioners joined this chorus recently when she argued that the real reason her 30-year old will never go back to church was Sunday school. “Those people,” said he, “are really mean.” In the place of judgment we could apply grace and then the golden rule.

First, grace. Grace is the unmerited love of God. You can’t earn it. You do have it. Why barter with God? Why bribe God with some mistaken notion of your own righteousness? Now the Golden Rule, which is not just Christian at all.

The Golden Rule is the social innovation we need. It is the higher mutuality. By mutuality I mean that wisdom implied in the Golden Rule, that first we love God, then love each other as a way of loving ourselves. In that love and that WAY we find all the threads we need.

Often called the rule of reciprocity, or “the Law of One,” the Golden rule transcends party affiliation. The Law of One argues that when one is harmed, all are harmed. When one is healed, are all are healed. “Immigrant Bashing offends not only Hispanic people, but also their Anglo, African-American and Asian American fellow Christians.” Evangelical Leaders (Wall Street Journal, July 16). Bashing the addicted is in direct violation of the Golden Rule. The law of One or the Golden Rule keeps our fingers from being pointed. It turns our fingers into hands outstretched towards ourselves and others. How? By remembering first the grace of God in which we all swim.

The Law of One is true. We can help people through the cynicism that says it is not. That cynicism is nothing but personal protection. What if no one really loves us the way we love them? Of course the addicted family member loves the stuff more than she loves you. That hurts. It hurts so much that the only solution is the golden rule, where you love more than others love you, because you are acquainted with the love of God. You did not earn or desire that love. You cannot earn or deserve that love.

Many falsely interpret the Golden Rule and ethic of reciprocity as being self-sacrificing. It is the opposite: it is self-renewing. You get what you give. To end addiction we must unite in loving more. There is really no other way.

People get addicted for chemical reasons AND for spiritual reasons. Freedom from addiction is golden. It is the freedom to love and accept love.