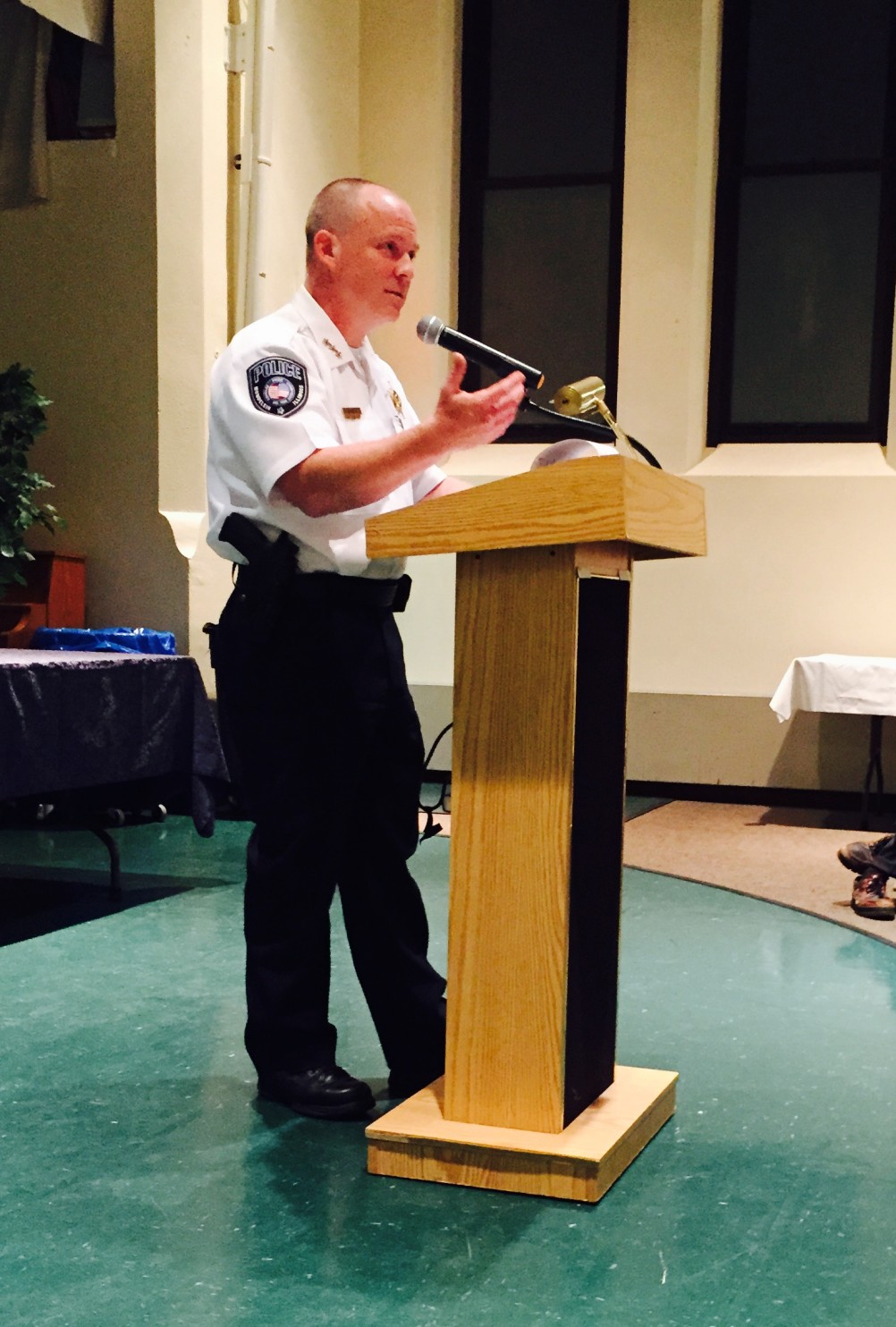 So what happens when troops start questioning the assumptions of the war they signed up for? We’re seeing the answer now with the War on Drugs. This war is going to end because those on the front line realize that most of it doesn’t make any sense.

Nationally, an organization called Law Enforcement Against Prohibition (LEAP) is dedicated to the proposition that the War on Drugs is a failure. Its speakers bureau of former police officers has been making this case across the country for over twelve years.

Now local voices are coming forward. Two months ago we wrote about the police chief of Gloucester, Massachusetts, who last winter experienced four deaths in his district due to heroin overdose within two months. He couldn’t take it anymore. He announced that if addicts needed help and came into his office, he would not arrest them. He would get them into treatment.

Last Monday evening, Eric Guenther, Police Chief of Mundelein in Lake County, Illinois, joined me in a presentation to the Community of Congregations, an interfaith group of about 30 churches gathered  River Forest Illinois. The title for the event was: “The War on Drugs:  A New Paradigm – Health Not Punishment.”

Chief Guenther shared his intent to follow Gloucester’s model. In response to the national heroin overdose crisis, his first step has been to equip all officers in Lake County with naloxone, an overdose antidote. Beyond this, he plans to help addicts who contact his office get treatment of rather than locking them up. He will do so in response to the use of any drug, not just heroin.

Remarkably, Mundelein’s Mayor and the Lake County State’s Attorney are both on board. In fact, Chief Guenther’s work is part of a broader “Opioid Initiative” comprised of elected officials, service providers, advocates, and law enforcement across the county. Nor is he the only Illinois police chief embarking on this path. Similar efforts are underway in northern Cook County and Dixon, Illinois.

Chief Guenther is a quiet revolutionary, although he wouldn’t call himself that. He doesn’t trash the War on Drugs.   He just points out that if we don’t stop arresting people struggling with drugs, especially heroin, and start helping them, we are going to lose more lives.

He was asked how his officers will respond when they encounter people with drugs but haven’t sought help. “There is a variety of procedures in place,” he responded. “Alcohol, marijuana, other drugs, there’s a lot we can do.” He didn’t rule out arrest and incarceration. It’s just not his default position.

Chief Guenther and his colleagues are hoping soon to have a hotline to connect his office with clients and services. The major challenge, of course, will be to gain access to treatment services – resident and out-patient, that must be in place for the new approach to work.

The police chief in Gloucester says that this has not been a problem there. “Don’t underestimate the power of law enforcement to hold service providers accountable. Just ask them how they are spending all the money they have,” he says. His department – yes, the police – have been able to place over 200 people in treatment in the last five months.

This may be difficult in Illinois, where state funding has been cut in half over the past five years. Even with the infusion of federal dollars for drug treatment under Obamacare, this state reduction means a decrease of over 25% in dollars available for 2016.

Over 15 years ago, theologian T. Richard Snyder wrote a book with the wonderful title: “The Protestant Ethic and the Spirit of Punishment.” His work preceded Michelle Alexander’s “The New Jim Crow” by 10 years. Both exposed the cruel and misguided assumptions of the War on Drugs, launched by President Nixon in 1971.

“This War will end because it will collapse from within,” Snyder commented last week. “The laws won’t hold up anymore because they just don’t make sense.” On this score, Chief Guenther and his colleagues are leading the way.

To learn more about this topic, visit our Take Action pages on harm reduction.