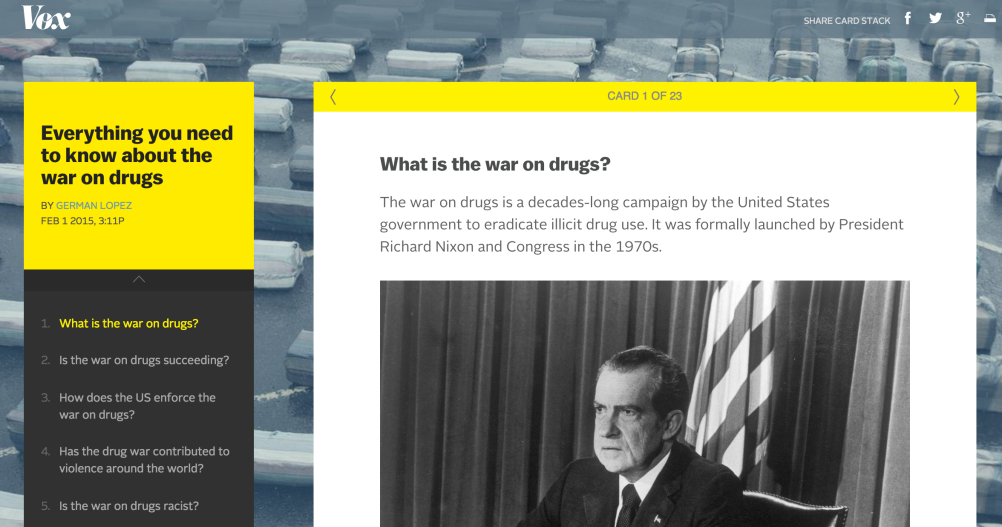 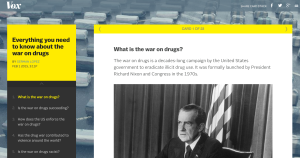 Vox.com, the sixth brand of Vox Media, launched in 2014 as “a general interest news site for the 21st century.” With the goal of providing context for the news, Vox.com has created several “Card Stacks” on topics ranging from marijuana legalization to vaccines to the sexual assault allegations against Bill Cosby. The swipeable Stacks consistent of around 20 cards, each which provide background information on the featured topic in an accessible and understandable way.

Explore the Vox.com War on Drugs Card Stack, and also check out their Card Stack on Marijuana Legalization.